Ocean trenches are polluted by toxic mercury due to the sinking fish carcasses, including even the deepest, the Mariana Trench, which is 36,000 feet below the surface of the northwestern Pacific Ocean.

This makes even the most inaccessible and remote parts of our oceans susceptible to pollution.

The majority of this pollution came from the atmospheric emissions of operations of mining, coal power plants, incinerators, cement factories, and various human activities. 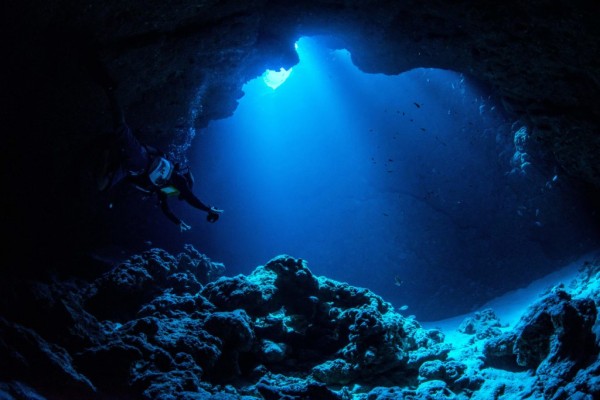 (Photo: Wikimedia Commons )
Ocean trenches are polluted by toxic mercury due to the sinking fish carcasses, including even the deepest, the Mariana Trench, which is 36,000 feet below the surface of the northwestern Pacific Ocean.

READ: Rodent Poisoning: Deadly Impacts on the Birds of Prey

Findings of a new study

This is the conclusion of a new study published by a research team from the University of Michigan (UM) in the journal Proceedings of the National Academy of Sciences, which analyzed mercury isotopes in crustaceans and fishes from two ocean trench bottom areas of the Pacific Ocean.

According to lead study author, University of Michigan Department of Earth & Environmental Sciences professor, and environmental geochemist Joel Blum, what mercury we thought was polluting our stratosphere has been found in our oceans' deepest trenches as well.

Blum says scientists have previously thought that mercury from human activities only polluted the upper waters of our oceans, up to 1,000 meters from the surface. However, most mercury in deep trenches was most likely caused by humans as well.

An independent Chinese study published similar results in Nature Communications, who said that mercury is brought to trenches through sinking microscopic organic matter such as dead plankton and feces. These materials constantly go down from the upper parts of the ocean waters.

For Blum and the UM research team, a more plausible source of most mercury pollution is the sinking fish carrion.

READ ALSO: Methane Leak: The Decade-Long Poisoning of the North Sea by a Major Gas Company

According to Blum, while we eat the shallower water fishes, we still need to understand mercury cycling in the ocean's entirety to know what future changes can occur near the surface.

Microorganisms convert some mercury into the highly toxic methylmercury, which accumulates in fish at dangerous levels.

Methylmercury toxicity can cause central nervous system damage, as well as damage to our immune system and the heart. Brains of young children and fetuses are also susceptible to damage.

The research team analyzed methylmercury's isotopic composition from amphipod and snailfish tissues. These were collected from the Mariana Trench 33,630 feet deep, at the area of the northwestern Pacific Ocean, in Guam's southwest.

Samples from 32,800 feet deep were also collected, at the Kermadec Trench of the southwestern Pacific Ocean, northeast from New Zealand.

The study used fingerprinting techniques mostly developed from Blum's laboratory to determine the chemical signature of the mercury to match mercury in near-surface fish species.

The team also found that the isotopic mercury composition of sinking detritus particles, as concluded by the Chinese researchers, did not match the mercury chemical signature of the organisms in the trench.

Thus, Blum's research team concluded that the majority of the mercury found in trench organisms came from fish carcasses from sunlit waters near the surface. These areas have the majority of mercury which came from human activities.

The team expected that deep-sea trench mercury came exclusively from geologic origins, particularly volcanic sources from the deep sea. However, it was surprising that the mercury in the trench organisms was found to originate from anthropogenic mercury pollution at the ocean's surface zone.

This shows how toxic mercury from human activities impact even deep ocean trenches such as the Mariana Trench of the Pacific Ocean through fish carcasses, areas previously thought to be pristine and unaffected by man.

READ NEXT: US Streams and Aquatic Ecosystems Disrupted by Insecticide Fipronil

Check out for more news and information on Soil Conservation on Nature World News.