US Streams and Aquatic Ecosystems Disrupted by Insecticide Fipronil

Insecticides such as Fipronil in aquatic ecosystems such as streams are already recognized as a real worldwide concern. Unfortunately, just how much of these chemicals can be safely taken by these aquatic systems is not widely known.

To this end, a team of researchers led by Janet Miller of the Colorado State University and the United States Geological Survey determined to find out the toxicity of fipronil in streams and aquatic communities.

The study has just been published in the journal Science Advances. 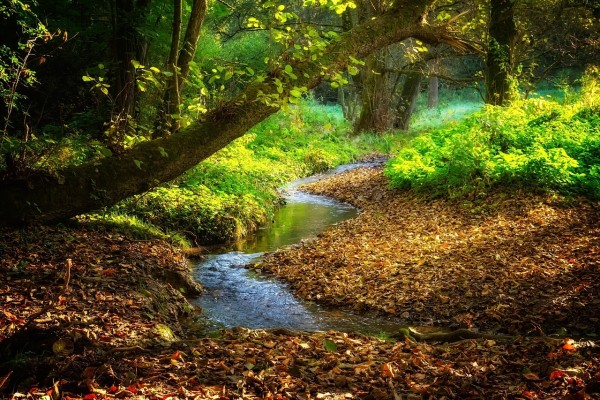 (Photo: Pixabay)
Insecticides such as Fipronil in aquatic ecosystems such as streams are already recognized as a real worldwide concern. Unfortunately, just how much of these chemicals can be safely taken by these aquatic systems is not widely known.

The toxicity of Fipronil

In the United States, Fipronil is being used for the control of insect infestation in pets, crops, yards, and structures. In the streams of the Southeast that are relatively urbanized, the amounts of fipronil compounds have been found to be above toxic levels.

According to Miller, Fipronil likely affects the insects in these streams and impairs these ecosystems with lower amounts than those previously thought.

Another finding showed that as the fipronil compound degrades, the broken down compounds have been discovered to be even more toxic compared to fipronil itself.

The researchers further discovered that there was an altered or delayed timing in the emergence of these insects from the streams, which negatively affected the interlinked and interdependent ecological processes occurring between terrestrial and aquatic communities.

Miller says that the insects are important as a source of food. If an alteration occurs, such as a decreased number of emerging insects of a delay in their emergence, it may have reverberating effects that significantly affect other connected ecosystems and processes.

The researchers used an experimental setup, where they found that high fipronil concentrations brought down insect numbers. Fewer insects can then eat and scrape off the algae on rocks, which then lead to increased algae in streams and algal blooms.

The researchers looked at the effects that fipronil have on macro-invertebrates in the water. These insects live on stream rocks and bottom sediments. Such insects include caddisflies, stoneflies, and mayflies. They are insects that have an aquatic larval stage, which occurs in the streams. They then eventually emerge from the water as adult flying insects.

According to Miller, who is also a Warner College of Natural Resources Colorado Natural Heritage Program aquatic ecologist, these macro-invertebrates are an essential source of food for predators such as fishes. They also function as an important part of the nutrient cycle.

The researchers used rock trays that mimicked the habitat of the invertebrates, putting them in northern Colorado's Cache La Poudre River. In this environment, the macro-invertebrates naturally colonized with the algae, simulating natural communities.

They then brought the rock trays with the macro-invertebrates to the laboratory and created a simulated environment. Here, they altered light, water flow, and temperature.

Then they added various fipronil concentrations and associated degradates compounds of the insecticide, namely sulfide, sulfone, amide, and desulfinyl. They then observed their effects on the creatures.

They found that the degradates were either as toxic or are more toxic than the parent fipronil compound.

In 16% of the sampled aquatic environments, compounds of fipronil were found to be present in toxic concentrations. The region with the highest amounts were the Southeast streams.

Miller said that their findings will provide a better understanding of the presence of fipronil as well as their harmful levels in aquatic ecosystems such as streams.

Check out for more news and information on Soil Conservation on Nature World News.