A new study revealed that microfibers from blue denim jeans have found their way to the Arctic ocean, posing harm to marine life.

The microfibers are shed off from laundering, and somehow found its way the North American waters through waterways and could be ingested by fish. 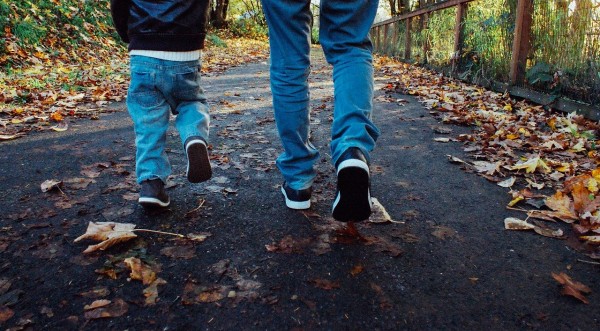 (Photo: Pixabay)
A new study revealed that microfibers from blue denim jeans have found their way to the Arctic ocean, posing harm to marine life.

Despite the textile's reputation of being sturdy, the studies team found that about 5,000 microfibers from a pair of jeans are shed in a single domestic wash, leaving traces in most pristine regions.

Another study also revealed that clothing may be prone to shedding microfibers into the waterways if cut using scissors in contrast to cutting it through lasers.

The blue denim jeans have grown rapidly over the past century that its global market value is estimated to be at US$85 billion by 2025. This would mean the denim pollution could get worst.

A research paper published in Environmental Science and Technology Letters estimates that half of the world's population is wearing blue denim jeans and other denim garments.

The study goes to show that the microfiber of the world's most popular single garment has a massive geographic footprint in aquatic environments particularly from temperate to Arctic regions.  More "natural microfibers" were also found in the environmental samples than the synthetic ones.

The study has also shown that microfibers from denim are 23 percent of all microfibers in Great Lakes, 20 percent in the Canadian Arctic archipelago, and 12 percent in various suburban lakes near Toronto.

Impact of Microfiber To Aquatic Life

Little is known about the effects of microfibers on aquatic life. The size of the microfibers however is small enough that it is able to enter filter systems in domestic wastewater treatment plants. The minute fibers however are eaten by plankton and shellfish as it finds its way to the oceans and is ultimately eaten by fishes and ultimately, humans.

The study found a denim microfiber in the digestive tract of a rainbow smelt fish from Great Lakes.

A previous study also cited that crabs that were given food that is contaminated with microfibers ate less, thereby stunting its growth.

Scientists from the University of Exeter also reported that based on their findings, microplastics and man-made plastics from disposable face masks were found in the gut of the sharks from the Cornish coast.

Average Canadians wash their jeans after wearing them twice, the research also indicates despite manufacturer's warnings to wash in once in a month.

Washing denim, as previous studies have emphasized, releases microfibers to wastewaters. The good news is microfibers are eliminated in wastewater treatment plants but it still finds its way to the environment through effluents.

The study team recommends that to prevent more microfibers from blue denim pants to enter bodies of water like the Arctic Oceans and threatening aquatic life, consumers should just wash their jeans and other textiles more infrequently.

READ NEXT: There Could Be up to 21 Million Tons of Microplastics Littering the Atlantic Ocean

Check out for more news and information on Microplastics on Nature World News.