In the new future, clean-up efforts at dioxin-contaminated sites all over the world may be possible.

A recent study revealed bacteria might defuse the highly toxic dioxin in the sediments of the Passaic River.

The research was published in the journal Environmental Science & Technology. A team of scientists from Rutgers University did the study.

Rachel K. Dean, the study's lead author, revealed that the bacteria-driven process is quite slow, but is hopeful that there are many rooms for enhancement and by doing so may have the potential to remove all toxic chlorines from the compound." 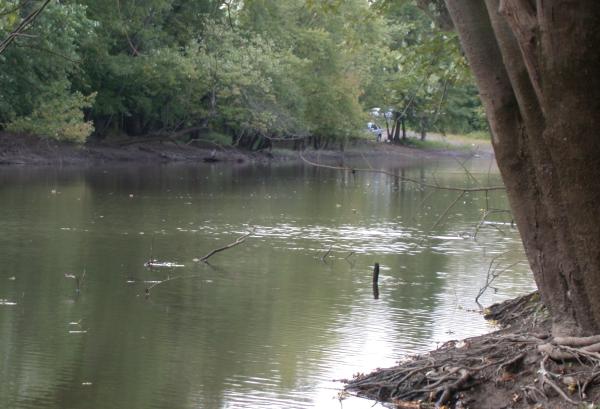 (Photo: Wikimedia Commons)
Passaic River in eastern Essex County. The highly toxic dioxin in the sediments of Passaic River may be defused by a bacteria, a recent study revealed.

READ: There Could Be up to 21 Million Tons of Microplastics Littering the Atlantic Ocean

Dechlorination with the help of bacteria

The researchers took materials from the river bottom of the Passaic River. Nutrient, water, and 2,3,7,8-TeCDD and another chemical (dichlorobenzene) were mixed and noted the bacteria-driven process.

The study team identified the bacteria involved in the dechlorination process as Dehalococcoidia by sequencing its DNA from the mud. The team believes that 2,3,7,8-TeCDD in the Passaic River and estuary could be completely dechlorinated.

Dean and the study team admit that further work is needed to achieve the microbes' full potential. The team hopes to study further the enzymes involved in the dechlorination. The step is essential so that clean-up technologies for the Passaic River and other dioxin-contaminated sites may be possible soon.

READ ALSO: EnergyX Announces Partnership with ProfMOF to Promote the Use of Metal-Organic Framework

The Lower Passaic River has born the brunt of the consequences of industrialization. It is a 17-mile tidal stretch of a former chemical manufacturing facility in Newark and has since been the depositories of dioxins, mercury, and other toxic contaminants. Manufacturing has deposited layers of dioxins and other toxic pollutants in the river. Human waste, debris, and industrial junk have accumulated in the river sediments for centuries.

The river revealed high dioxin levels from a sampling conducted in 1983, along with other contaminants like polychlorinated biphenyls, metals, polycyclic aromatic hydrocarbons, and pesticides.

The highly contaminated sediments in the Passaic River may be removed by dredging, but the contamination has spread and will likely persist in the river. The findings of this study are significant as it may help defuse the remaining dioxin in the river.

Dioxins are environmental pollutants that belong to the dirty dozens: a group of persistent organic pollutants. The chemicals associated with smelting,

paper pulp bleaching and manufacturing of pesticides and herbicides as it is the by-product of the mentioned activities.

The 2,3,7,8-TeCDD dioxin, dubbed by WHO as most toxic among the dioxins, is also known to cause cancer, reproductive and developmental problem and immune system damage, and interfere with the hormone function of the body.

Check out for more news and information on Dioxin on Nature World News.