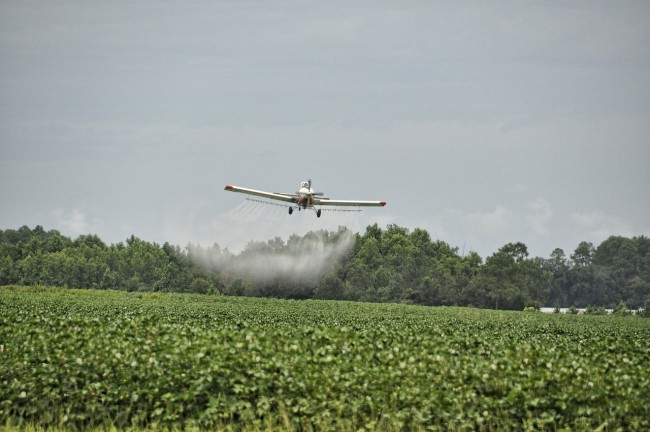 Pesticide mixtures from rivers and creeks are being discharged to the Great Barrier Reef, a problem bigger than was previously thought by scientists.
(Photo : Pixabay)

Michael Warne, associate professor and researcher from the University of Queensland  School of Earth & Environmental Sciences, conducted the new research together with the Queensland Department of Environment & Science.

In the study, 2,600 samples of water were collected and analyzed in four years from a total of 15 waterways, which all discharge into the ocean into the lagoon of the Great Barrier Reef.

Warne was shocked to find how 99.8% of their samples had pesticide mixtures. Furthermore, they discovered that any single water sample contained a maximum of 20 different kinds of pesticides.

He says that the problem with waterways having these pesticide mixtures is that an increase in their levels means that their negative impact on the Reef and other freshwater and marine ecosystems also increases.

He says that their study strongly supports inserting in the Reef 2050 Water Quality Improvement Plan the needed pesticide reduction target. The objective of this is to protect almost all the organisms found on river mouths in brackish waters leading to the lagoon from the negative consequences of pesticide mixtures.

The best way to solve the problem of contamination and run-off of pesticide mixtures, says Dr. Warne, is to collaborate and coordinate with various land managers. The information must be shared, and help must be provided to improve their management practices regarding pesticides.

Dr. Warne says they are currently collaborating with partners such as Project Bluewater of the Department of Environment and Science, James Cook University, and Farmacist. Project Bluewater is receiving funding from the Great Barrier Reef Foundation.

The Project is also working alongside 70 farmers of sugar cane in the Plane River and Barratta Creek catchments for the improvement of their application and management of pesticides. They also work together to upgrade their equipment and reduce their pesticide usage. They are starting this by switching to the use of pesticides with lower risk.

Farmers have been very eager to engage with scientists, and have fully taken on the challenge of improving their practices. They are already making the necessary steps in this regard.

Dr. Warne says they are aiming to expand the project so that significantly even more farmers in other catchments can be included in the effort. This will make way towards more rapidly reducing run-offs of pesticides into waterways.

They are hopeful, but the study has shown that the problem of pesticide pollution is more complicated than they have thought before.