Glaciologists predict that 95 percent of the 4,000 glaciers in the Alps would be gone by the end of this century from rising temperatures.

While archeologists are concerned about the effects of climate change, many acknowledge that it opened new opportunities to expand understanding of life in the mountains thousands of years ago. 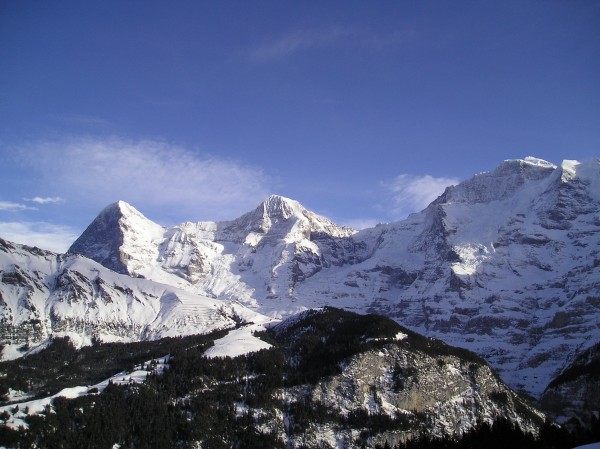 Revealing of Many New Archeologic Sites

Since the melting of ice, many exceptional discoveries have emerged in mountain ranges, indicating that towering mountains in prehistoric times were bustling with activities. These areas, up until the early 1990s, were believed to be places where people steered clear of. But with the recent discoveries, early humans were hiking up into the mountains to travel to valley to hunt, pasture, or search for raw materials is possible.

In one of Alp's melting glacier sites, archeologists discovered traces of an ancient hunt for crystals by hunters and gatherers, which dates back 9,500 years ago in the Mesolithic era.

Archeologists believe that in this new particular valuable archeological site, the group of hunters and gatherers climbed the steep mountain sure, scaling across an Alpine Glacier before finding a crystal vein filled with precious rocks for sculpting their tools.

According to Marcel Cornelissen, the head of the excavation trip to the crystal hunter's site, "We are making very fascinating finds that open up a window into a part of archaeology that we don't normally get," The new archeologic site is near the Brunifirm glacier in the eastern Swiss canton of Uri at an altitude of 2,800 meters (9,100 feet).

Christian Auf der Maur, an archeologist who was also a part of the crystal site expedition, said that the findings were "truly exceptional." It also led to a discovery that people hiked to mountains up to 3,000 meters altitude to look for crystals and other primary materials.

In 1991, the first significant ancient Alpine discovery that emerged from melting ice was a 5,300-year-old warrior named "Oetzi," whose remains were preserved inside an Alpine glacier in the Italian Tyrol region.

There were theories that he was a rare example of a prehistoric man venturing into the Alps. However, recent numerous ancient findings of activities of people crossing high mountain altitude belied these claims.

A birch bark quiver, a case for arrows, was discovered in Schnidejoch pass, a lofty trail in the Bernese Alps at 2,756 meters above sea level. The arrow case was dated back as far as 3,000 B.C.

Leather trousers and shoes were later found and other objects dating back as far as 4,500 BC. Researchers believe that the belongings are from the same ill-fated person.

Last month, a knotted string of bast or plant fiber believed to be 6,000 years old from Schnidejoch pass was found. The discovery resembles the remains of blackened bast-fiber or braided basket from the same period last year.

According to Regula Gubler, the recent findings are kinds of stuff that is not normally found in excavations. Organic materials like leather, wood, birch bark, and textiles are usually lost to erosion, but the ice preserved it well.

However, while melting glaciers due to climate change made the new archeologic sites and discoveries possible, there is a threat that if not found quickly, the organic materials found in the ice may disintegrate rapidly and eventually disappear in a very short window of time.

READ NEXT: 6 Bucketlist-Worthy Travel Destinations in the U.S. for Fossil Enthusiasts