An offering in the form of a spondylus shell carved into a llama, along with a gold foil laminated cylindrical object, has been found in a cut stone box at the bottom of Lake Titicaca, located between Peru and Bolivia. 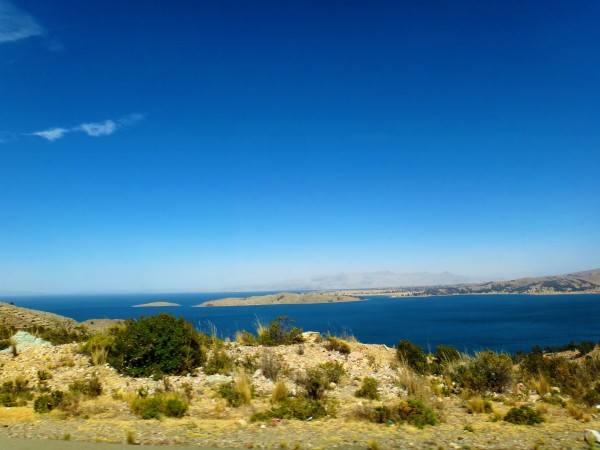 (Photo: Wikimedia Commons)
An offering in the form of a spondylus shell carved into a llama, along with a gold foil laminated cylindrical object, has been found in a box of carved stone at the bottom of Lake Titicaca, located between Peru and Bolivia.

The discovery and the Research Team

It was discovered by Université libre de Bruxelles, Belgium, and Pennsylvania State University researchers. It was located near an island situated in the lake. It was the first offering found in this location.

Lake Titicaca as a Ritual Site

Penn State anthropology assistant professor Jose Capriles said they know that the Inca had ritual offerings, which they performed at the lake. According to chronicles from the 16th and 17th centuries, submerged offerings were made.

Lake Titicaca is the world's highest navigable lake and South America's largest lake. The lake is sacred in many cultures, such as the Inca and the Tiwanaku.

In 1977, amateur divers discovered similar offerings. These artifacts could have been part of bundles of providing, but they were not intact. They were found near the Island of the Sun.

In the period between 1988 and 1992, professional divers examined the Khoa reef area, where artifacts from the pre-Inca and Inca periods were discovered, which included stone boxes containing miniature figures. More recent discoveries revealed that the Khoa reef was famous as a ceremonial site for Incas and earlier cultures. The new artifacts were found on K'akaya reef.

K'akaya Archipelago is composed of an island with three smaller islets and is located west from Challapata Bay in Lake Titicaca's eastern shore. The last islet is K'akaya reef, which is full bird droppings.

The box was found intact, but currents eroded one of its sides. It was also sealed tightly, but the seal is not watertight. The gold foil and shell llama was beneath the silt inside the box.

The shell llama and gold foil indicate that the boxes have artifacts with enough value to be used as offerings. One reason for this is that the closest place that the Inca would have obtained the spiny oyster's shell was in the warm oceanic waters off Ecuador's coast.

The Importance of Lake Titicaca

According to the researchers, discovering the artifact in a new area may mean that the lake was a locus of Incan ceremonial and ritualistic activities. They believe that Titicaca was an essential aspect of the Inca empire's consolidation and that it turned into a focal point as the realm radiated from Cuzco. Archaeological finds that many of the archipelagoes, reefs, and islands have temple ruins and other similar structures.

Capriles said that Lake Titicaca seemed to be a pilgrimage center and was a focal point for forging alliances with other peoples.

According to Delaere, the inland waters are still mostly unexplored, which has great potential for understanding prehistoric societies. Lake Titicaca has an underwater heritage that still has a lot of things awaiting discovery.

READ NEXT: Ancient Pipe Found to Contain Smooth Sumac and Was Smoked 1,400 Years Ago