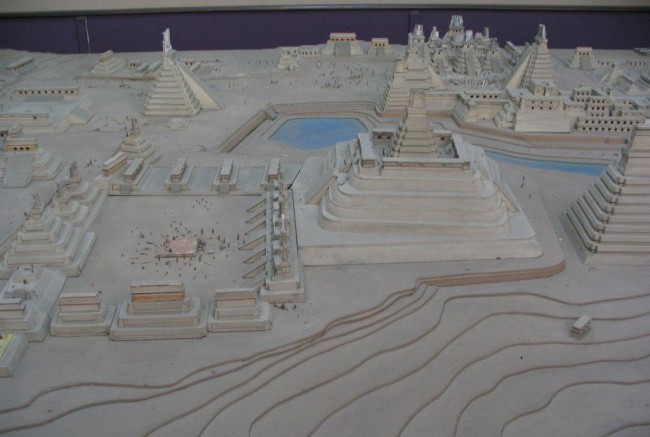 A reconstruction of Tikal City in 8th Century (Wikimedia Commons). A recent study from researchers of University of Cincinnati were able to unravel the mystery of abandonment of the residents of the ancient Maya City of Tikal : it boils down to its lethal waters.
(Photo : Wikimedia Commons)

A recent study from researchers of the University of Cincinnati was able to unravel the mystery of abandonment of the residents of the ancient Maya City of Tikal: its lethal waters.

In an article in  UC News, researchers revealed that the reservoirs in Tikal, an ancient Mayan city, had toxic levels of cyanobacteria and mercury, which led to depopulation and abandonment of the city.

Waters Laced with Mercury and Cyanobacteria

Tikal city, which had approximately 100,000 people, was prone to severe droughts. The research team studied the ancient DNA found in stratified layers of sediments from ten reservoirs of the ancient city, which date back from the 9th century.

The research team found out that waters in the reservoir were laced with extraordinarily high and toxic levels of mercury, which the research team believed to be anthropogenic. An examination of the reservoir's sediment using energy dispersive X-ray fluorescence spectrometry found that the mercury was not from the underlying bedrock that would leach into water sources, nor was it from other natural sources of mercury such as volcanic ashes falling from the sky during frequent eruptions across Central America.

The researchers found a mineral fingerprint which led them to believe that the mercury that poisoned the waters are from cinnabar, a bright red mineral made of mercury sulfide that the Maya mined from Todos Santos Formation, a volcanic feature.

Cinnabar was used to paint buildings, clayware, and other goods, as colors were essential to Mayans. The mercury from the pigment must have leached into the reservoir where it would accumulate in layers of sediments over the years. According to researchers, these reservoirs were possibly used for drinking, cooking, and irrigation.

Perdido and Corriental, the distant water reservoirs which are believed to be the source of drinking water, were also found to have toxic levels of mercury.

The researchers revealed that sediments from the reservoir near the central temple and place contained two cyanobacteria Planktothrix and Microcystis. This blue-green algal bloom must have been worst in times of severe dryness in the mid-9th century before the Tikals abandoned the city.

Kenneth Tankersley, an associate professor of anthropology at UC's College of Arts and Sciences, said that the water would have looked and looked nasty as it would have these big blue-green algal blooms and that nobody would have wanted to drink that waters.

According to David Lenz, the study's lead author and UC's biology professor, the blue-green algae produce toxic chemicals that make the water unsafe to drink, and it is resistant to boiling.

The city had reservoirs strategically placed near the palace, and the temple and the brightly painted buildings reflected on these reservoirs would have been a majestic sight, co-author Nicholas Dunning, the head of geography in UC's College of Arts and Sciences said.

The reservoir may have been a potent symbol as "The Maya rulers conferred to themselves, among other things, the attribute of being able to control water. They had a special relationship to the rain gods," Dunning added.

The study team will be returning to the Yucatan Peninsula to find more answers about this interesting period of human civilization.