Indigenous Alaskan Tribes May Have Hunted Sea Otters Thousands of Years Ago, but Not for Food 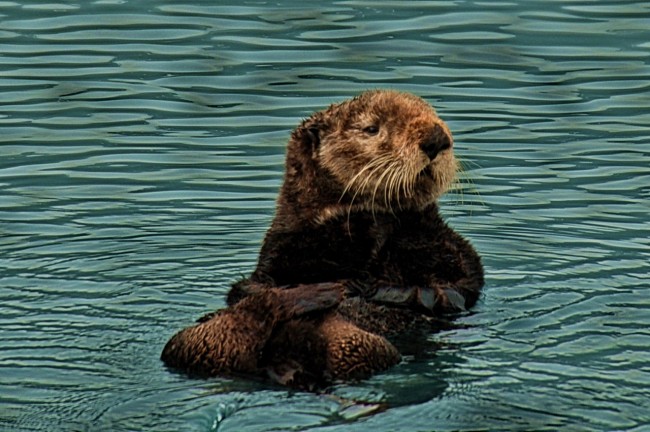 The Tlingit tribe is an indigenous group living on island communities in southern Alaska. Before the disappearance of the mammals for more than a century, this tribe has been hunting sea otters, not for their meat but their pelts.
(Photo : Wikimedia Commons)

The Tlingit tribe is an indigenous group living on island communities in southern Alaska. Before the disappearance of the mammals for more than a century, this tribe has been hunting sea otters, not for their meat but their pelts.

According to the findings of a new study, the Tlingit tribe's ancestors hunted these mammals but were probably not for food. Currently, the growing population of sea otters is creating a massive challenge to the Alaskans.

The dramatic increase in the number of these mammals has significantly altered the ecosystem. Fishers are experiencing difficulty in getting their usual catch, such as clams, Dungeness crabs, abalone, red sea urchins, and other invertebrates.

Sea otters have proven to be a competitor in the consumption of these commercially-important sea creatures that the fishermen catch. The fishing industry has reported an economic loss amounting to $11.2 million from 1996 to 2005 due to the rise of sea otter populations.

DON'T MISS THIS: Police Arrest One of the Men Who Fed the Pregnant Elephant a Firecracker-Stuffed Pineapple

Previously, sea otters have been hunted by indigenous groups for thousands of years. However, they disappeared from the coasts, and their populations were extirpated due to maritime fur traders. They were once again reintroduced in the 1960s, and eventually, their numbers have increased.

This research conducted by Madonna Moss, a professor and zooarchaeology curator at the Museum of Natural and Cultural History at the University of Oregon, tackles the questions regarding indigenous populations' traditional use of sea otters. There have been calls to expand hunting since the reintroduction of the sea mammals has dramatically challenged the fishing industry.

According to federal law, only native Alaskans who live along the coast are permitted to hunt sea otters provided that the purpose is for subsistence and that the harvesting is not wasteful. The Tlingit and Haida tribes killed otters thousands of years ago for their pets for clothing, hats, and bedding. This practice has been a cultural tradition that goes back thousands of years, according to Moss.

In her research, Moss has examined sea otter and seal specimens that have been collected earlier at two sites in southeast Alaska. She studied the samples to check for any signs on how indigenous peoples who have been using sea otters for at least 10,000 years used the mammals.

Moss also observed how present-day Tlingit members butcher otters and skin them for pelts apart from the examination of specimens she did. Upon interview of tribe members on their knowledge of ancient tribal practices before the sea otters' extinction, Moss has determined that there is little evidence of human consumption of otter meat.

Researchers are now trying to identify if the sea otters that previously thrived in Oregon are related to California otters rather than the Alaskan otters, which may explain why the reintroduction of the sea mammals in the 1970s failed.