NASA's Perseverance Rover, in 'Safe Mode' After Launch to Mars

The NASA Perseverance Rover, after its launch on its mission to Mars, is currently in 'safe mode.' The space agency's engineers are now tackling a glitch which caused the spacecraft to go into protective mode.

The rover and its rocket Atlas V launched last Thursday at 7:50 AM EDT from Florida's Cape Canaveral Air Force Station. Shortly after its launch, it had a minor temperature and communications glitches. These issues do not compromise the mission, according to NASA officials. According to Jim Bridenstine, NASA Administrator, the launch was amazing and was on time.

To get live updates on the status of the rover, you can visit this site.

The "safe mode" was initiated by an unexpected difference in temperature and communications problems.

According to NASA officials, the temperature change was likely due to a portion of the spacecraft being in Earth's shadow. Now, however, all temperature readings are normal, as it is now out of the shadow of the Earth.

Another issue is the lingering communications problem. The signal that the spacecraft was transmitting was not correctly being processed. According to Mars 2020 deputy project manager with the Jet Propulsion Laboratory of NASA in California Matt Wallace, this was nothing to be concerned about. This miscommunication was due to NASA's reliance on the Deep Space Network to contact the spacecraft, even as it is not yet into deep space.

This Network is composed of huge antennae with receivers that are super sensitive so that a spacecraft that is very close to it can blast the system. Engineers have to adjust the network's settings to be able to process the transmission. Wallace said the Curiosity rover had the same issue when it launched last 2011, and that it is not unusual. 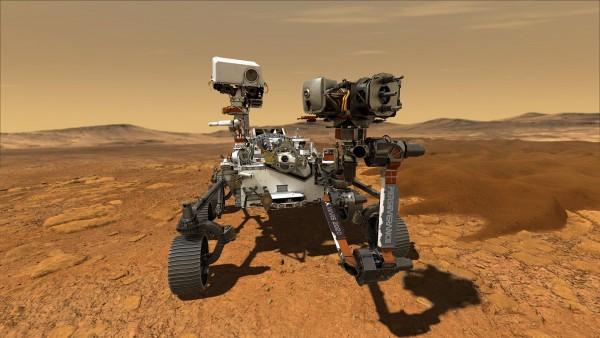 (Photo: Wikimedia Commons)
The NASA Perseverance Rover, after its launch on its mission to Mars, is currently in 'safe mode.' The space agency’s engineers are now tackling a glitch which caused the spacecraft to go into protective mode.

Perseverance got colder than NASA expected when it passed through the shadow of our planet, automatically initiating safe mode. Its temperature, however, returned to normal right away. Wallace says that everything so far looks good.

He shared that the issue was in the system, which uses freon as a refrigerant to cool Perseverance's nuclear battery. Curiosity had the same battery but did not have the issue because it was always situated in daylight, with no eclipse in its trajectory, unlike what Perseverance experienced.

Wallace said that they will check on the problem. He adds that Perseverance is expected to fly steadily for at least the next two weeks so that the team has a little time to get it back to normal conditions before its first needed trajectory adjustment.

Perseverance had a three-week launch window as such launches depend on orbital trajectories. Bridenstine explained that if they missed that window, which was likely due to the delays caused by the current pandemic, another launch opportunity would only be available in 2022, which would have led to an additional cost of 500 million dollars. Delays pushed the schedule of the launch over a week within this window. It was good that the launch was successful.

The spacecraft will take a journey of seven months, after which it will make the critical process of entering, descending, and landing on Mars. This will take place on February 18, 2021.