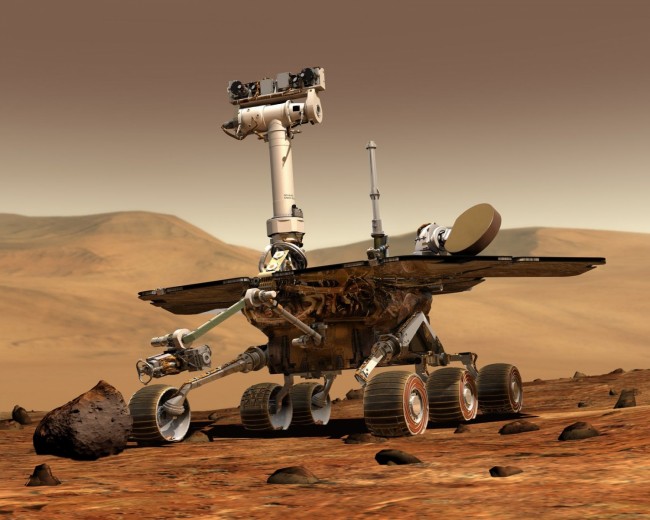 An image of human bone and images of insects supposedly seen from Rover photos from Mars have been surfacing since last year. NASA on the other hand has consistently debunked the life on Mars theory. Questions on life on Mars may finally have answers as the Mars 2020 Mission is expected to launch in July this year to seek evidence of ancient life on Mars.
(Photo : Pexels)

A NASA photo and video supposedly showing a human bone taken on Mars have recently resurfaced this month. NASA however, debunked human life on Mars theory six years ago. The supposed to be human bone is just a plain old Mars rock, NASA said. Questions on life on Mars may finally have answers as the Mars 2020 Mission is expected to launch in July this year to seek evidence of ancient life on Mars.

The photo was posted on Twitter by astrophysicist Antonio Paris, Chief Scientist at the Center for Planetary Science, who had more than 406,000 followers.

It then sparked a lively exchange, with some viewers opting to believe the human life on Mars theory.

Here are some of the tweets in response:

"I think the top-middle one is a bone."

"Looks like a bunch of spacecraft debris with alien remains... hmmmmmmmm. Very interesting. "

"After 'Operation Paperclip' I wouldn't believe anything NASA says."

Paris later admitted in his post that what he posted was a joke, and the world took it seriously after citing two articles that stated NASA's clarification on the image of the said photo.

Pareidolia is the tendency for seeing different or incorrect perception of an object, pattern, or meaning known to the observer.

Over the years, many rocks or objects from Mars have sparked speculations about life on Mars. In 1976, a picture of a region called Cydonia on Mars was believed to show a sculpture of a face. Upon further verification from high-resolution images, however, the figure was confirmed to be just a rock formation.

Last year, an Entomologist William Romoser of Ohio University who studied images from Mars Rover and revealed that many of the structures looked like fossilized and living insects. His findings, though not peer-reviewed, were presented at the Entomological Society of America Annual Meeting.

On a blog post by the NASA spokesperson, it said that the controversial rock was viewed by Mars rover Curiosity, and it looked like a femur thigh bone. The shape, according to the mission science team members are likely formed by erosion, wind, or water.

The blog also clarified that Mars has not enough oxygen in its atmosphere to support complex organisms; thus, large fossils are not likely. It further said that should there be life on Mars, and scientists expect it to be of small, simple life forms called microbes.

NASA also emphasized that the environment on Mars is not and may have never been conducive to complex life forms. NASA Rovers and orbiters have so far found no evidence that a complex life existed on Mars even in the past few billions of years.

Romoser's study on the insect images from Rover photos in 2019 also got the same response from NASA: they have never been a confirmed sighting of any insect on Mars.

The Mars 2020 Mission: Seek Signs for Ancient Life on Mars

The questions on whether life on Mars existed or not may finally have answers next month. The Mars 2020 mission is equipped with Perseverance Rover, more advanced equipment than Curiosity Rover. It is expected to launch next month and will land on Jezero Crater, Mars, on February 18, 2021.

The Mars 2020 mission will last for one Mars year (687 Earth Days) will seek pieces of evidence of ancient life and collect rock and soil samples for its return to Earth.