On Thursday, the NASA Perseverance Rover is set to bring back a meteorite from Mars back to the Red Planet. The robot will carry the Martian meteorite which has for so long been kept at the NHM or Natural History Museum in the UK. The meteorite is being brought back because its properties are intended to be used as the calibration target for benchmarking rover instruments. This will enable scientists to have greater confidence in the discoveries that the robot could make. 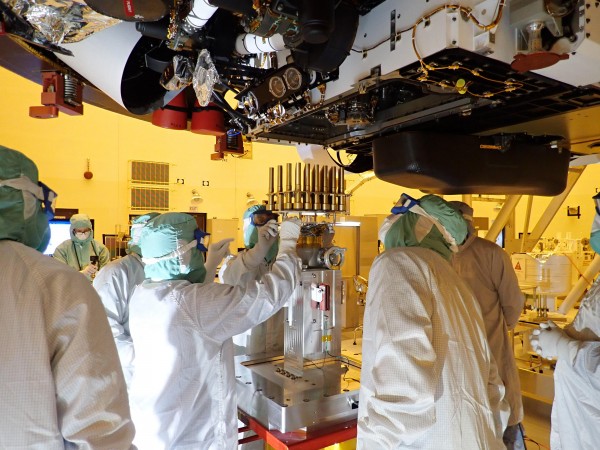 The Origins of the Rock

The meteorite was discovered in 1999 in a desert in Oman. It was named SaU 008, which is short for Sayh al Uhaymir 008 and is an igneous basalt rock that is similar to those found at Northern Ireland's Giant's Causeway. It contains abundant amounts of minerals like feldspar, pyroxene, and olivine minerals. Its well-known chemistry and composition, plus its textures, make it very useful for the Perseverance rover.

The Meteorite's Role in Perseverance's Mission

SaU 008 will be used by the rover as a calibration target. It is housed in front of Perseverance together with nine other kinds of materials. It will be occasionally scanned by Sherloc or the Scanning Habitable Environments with Raman and Luminescence for Organics and Chemicals instruments. This tool contains two laser spectroscopes and two imagers designed to investigate the geological characteristics of Perseverance's landing site, Jezero, which is a crater 40 kilometers wide.

According to satellite images, the crater could have been a lake, which scientists think could be among the best places on the Red Planet that may harbor find evidence of microbial life in the past.

It is especially important if the Perseverance rover comes across anything that might hint of the occurrence of life on Mars in the past. It is one of this mission's grand quests.

The Sherloc will analyze the soil and rocks and look for signs of ancient life. NASA Jet Propulsion Laboratory's Luther Beegle, who is the Sherloc principal investigator, says that the best they can do is identify a potential biological signature, although they can never really be 100% sure, which is the reason that returning Perseverance is very important.

Perseverance will pack rock samples in small tubes which will be left on Mars' surface, to be retrieved and returned to Earth by future missions. Smith says the material may be brought back after 10 to 15 years.

She is part of an international panel that decides how to handle the alien rocks. She says they will have a good plan by next year regarding the building and processes they will have for studying them. The researchers will more likely confirm Martian life if they will be able to use more tools than are carried by Perseverance.