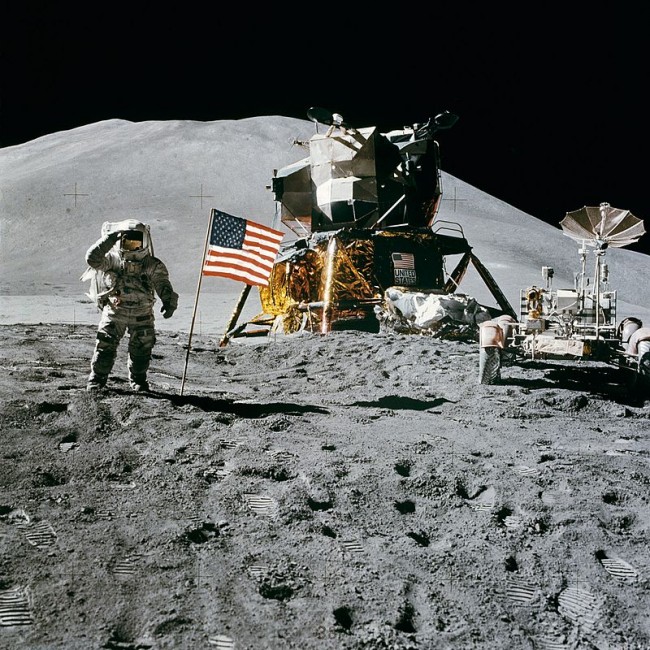 Two new, updated guidelines have been issued by NASA to prevent contamination of the moon and Mars by humans. It is aimed at ensuring that human visits to other celestial bodies will not have a negative impact on these bodies.
(Photo : Wikimedia Commons)

Two new, updated guidelines have been issued by NASA to prevent contamination of the moon and Mars by humans. It is aimed at ensuring that human visits to other celestial bodies will not have a negative impact on these bodies.

So far, it is safe to say that humans have not been very good at taking care of the Earth. So NASA has outlined these directives, called policies for planetary protection, which are instructions to prevent contamination of other planets from the "bugs" we might bring there, as well the ones we can bring back to Earth. Space missions in the future will need to follow these recommendations to be given a signal to launch.

However, the new guidelines are easing some previous restrictions instead of adding more stringencies. Many arguments have been put forward in the past regarding the relaxing of these guidelines because missions to Mars or the Moon with humans crews onboard cannot avoid not bringing any microorganisms such as bacteria and viruses with them.

The first of these guidelines to be updated is known as NASA Interim Directives (NID) 8715.128, which is concerned with the lunar robot and human missions, specifically spacecraft intended to orbit, land, flyby, or in any other way engage or work on the Moon.

Different approaches have been outlined concerning various parts of the lunar surface. Some of these areas include the PSRs or permanently shadowed regions, which are places of interest to the scientific community because they possibly contain water. Another area is the landing place of the Apollo missions. Astronauts can visit these sites, but the conditions for the visits have to be more controlled, such as having a complete biological inventory.

NASA Science Mission Directorate Associate Administrator Thomas Zurbuchen says they are aiming for sustainable lunar exploration while simultaneously ensuring the safeguarding of future science at the PSRs. Those sites, he says, have enormous scientific value for the understanding of our planet's history as well as the history of our solar system and the moon.

The second guideline is tagged as NID 8715.129, which lays down the foundation for crewed Mars missions. The policy sets out the framework for future new directives with regards to humans setting foot on Mars while also providing protection.

Regardless of Curiosity rover's efforts, we still know so little about Mars, making it hard for NASA to determine what precautions must be made and how to prepare for crewed missions. It is now expediting these preparations.

Jim Bridenstine, the NASA Administrator, says that it is imperative that the regulations set forth by NASA be commensurate with our plans and capabilities. He says the NID will allow human exploration on Mars and create opportunities for commercial activities and science. He adds that human exploration and science are complementary to each other, and these policy reforms will facilitate more discoveries.

Through the NID, NASA will commit to waste disposal and quarantine systems, which will protect the environment on the Red Planet to the best of human ability, providing technologies that will monitor our impact on it so that necessary future changes will be possible.