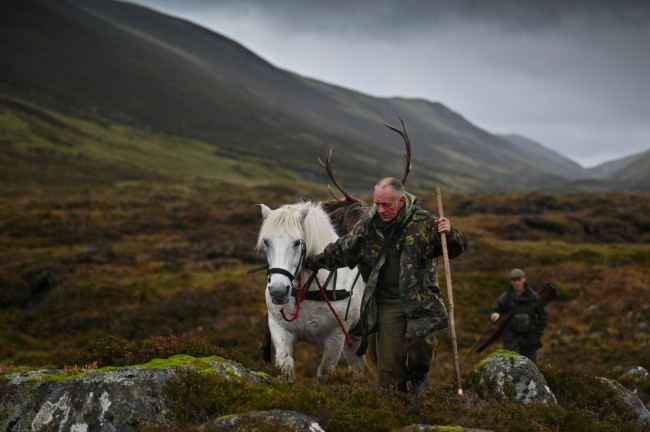 In new genetic research, it is believed that the ancestral homeland of all modern domestic horses was likely located along the steppes of Western Eurasia around 4,200 years ago.

Within just 1,000 years, the powerful and docile horses raised in modern Russia, seem to have replaced all the other breeds in Europe and Asia. By 1000 BCE, horse travel had officially gone global, fundamentally transforming human movement, culture, and warfare.

The prehistoric horses developed in Russia's relatively low Volga-Don area certainly wasn't the first to be tamed by humans.

As there seem to be prior instances of horseback riding in Central Asia, Iberia, and Anatolia though their genetic information appears to be the utmost helpful to mankind.

The Majestic and Historic Horses

Study indicates contemporary residential horses remained concentrated in a community that became pervasive in the 2nd millennium BCE after mapping the demographic shifts of 273 archaic horse genotypes, each from a probable region for horse cultivation

Finally, this grouping had the highest similar genes with horses that existed in the Western Great plains earlier and throughout the 3rd millennium BCE.

As per findings, the progenitors of regarding the recent horses displaced nearly all other horse herds as they spread throughout Eurasia.

"We so infer that the revolutionary system of chariotry and enhanced genetics of horses, featuring chestnut fur color described both verbally and biologically," the experts explain.

"Utilization of this emergent entity, be it for military or pride, was most likely different among dispersed chiefdoms in Europe and urbanized kingdoms in Western Asia. As an outcome, the findings open up new possibilities for inquiry into the historicity of these various social trends."

The horses reared in this old area of Russia have 2 main DNA that appear to distinguish themselves from other groups that lived previously.

Such bloodlines indicate that the horses were raised for sport, with high stamina and muscle mass capacity, and a tranquil and comforting personality.

The observations add to an increasing body of research that refutes the long-held belief that horseback sport was introduced to Europe by cattle pastoralists from the East approximately 5000 years ago.

Conversely, the writers of this recent study believe that horses from the Western Eurasian plains spread through Anatolia, the downstream Danube, Bohemia, Central Asia, then on to Western Europe and Mongolia at minimum of 1000 years later.

Biological evidence suggests that around 1500 and 1000 BCE, civilized horses displaced all other geographic herds and humankind have created their 'ideal' horse.

"This society's armament, fighters, and constructed towns may have evolved in reaction to rising droughts and rivalry for important grazing areas, strengthening parochialism and dominance."

Therefore, rapid environmental shift may have prompted horse owners in Western Eurasia to spread in other parts of Central Asia.

The expansion into Europe may have occurred in a somewhat unique manner. Rather than conflict delivering horses to this part of the planet, the experts suggest specialist horse instructors and chariot constructors disseminated their expertise, which was incomparable to what was locally available.

Civilization would not be the same after this.