A stranded 30-year-old man more than two miles off land managed to stay afloat in the icy waters of Tralee Bay, Ireland with the help of dolphins.

Volunteers from Fenit lifeboat were able to find the man as pod of dolphins were said to have alerted them of the situation. The swimmer, in just his trunks, was able to survive the 12-hour sea ordeal after the incredible sea creatures circled him. 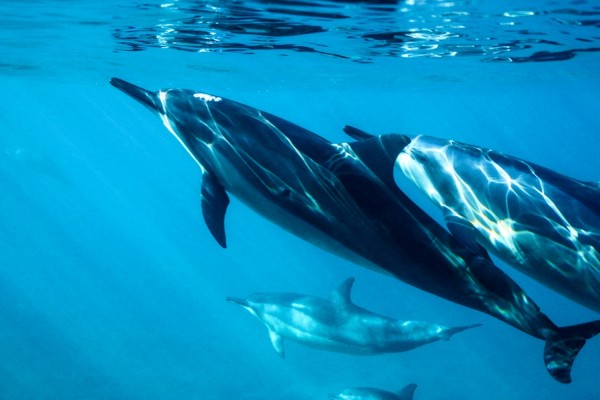 After discovering the abandoned clothes on the beach, the lifeboat team and Rescue 115 were tasked to search for the missing swimmer. Fortunately, the sea was calm and in excellent conditions at the time, however, the search has to be postponed in the afternoon when no further information was found.

At 6pm, the search continues. Two lifeboats searched the original area and the bay nearer to Tralee, but still, no signs of the swimmer.

It was not until 9pm came when RNLI eventually located the swimmer nearly three miles out, as they spotted the dolphins and a head above the water near Castlegregory beach. Fenit RNLI lifeboat Operations Manager Gerard O'Donnell said the dolphins circled around him, "perhaps in an effort to protect him and draw attention to his whereabouts."

"After a long and exhaustive search, members of the lifeboat crew were overjoyed to sight the missing swimmer in the water," said Coxswain O'Donnell. "They had been scanning the water for any sign of movement and were worried with light fading that they would not find anyone."

"Even at this time of year, the water can be very cold and as yet we don't know how long this person was in the water and when they entered it. When the lifeboat crew found them, they were a good distance from the shore and were exhausted."

O'Donnell advised swimmers to inform a company or anyone when taking a swim so people know their whereabouts and expect them to come back.

"This was a very lucky individual."

A great moment for RNLI

"It was a great, great moment for us," said RNLI coxswain Finbarr O'Connell.

"The elation of seeing somebody floating alive in the water, rather than the other way, is so great. We have had too many bad outcomes, so it was absolutely fantastic to pick him up," he added. "Normally we go out, and it mightn't be that positive. We are all just elated."

Earlier last month, a 24-year-old man known as 'Frostbit boy' was also rescued from drowning by dolphins. Rory McSurley suffered from hypothermia and fatigue, after trying to swim more than 5 miles off the coast of Castlegregory Beach in southwest Ireland to Mucklaghmore Rock.

Thankfully, RNLI coxswain Finbarr O'Connell's who had excellent knowledge of the tidal waves in the bay was able to locate the hypothermic and exhausted swimmer, wearing nothing but a pair of light swim trunks and surrounded by dolphins.

Fenit RNLI volunteer Jackie Murphy said it was a "miracle" that the man survived the ordeal, and commended O'Connell for calculating the swimmer's likely location.