Climate change is accelerating, to the point where whale and dolphin populations may not be able to adapt in time. Climate change poses numerous threats to whales and dolphins, including changes in sea temperature, freshening of seawater, acidity, elevations in sea levels, loss of ice polar habitats, and declines in food sources.

Whales have an important role in the marine ecosystem, which aids in the fight against climate change. They contribute by delivering up to 50% of our oxygen and maintaining fish stocks.

The 'whale pump,' which involves whales feeding, pooping, migrating, and diving between the surface and the ocean depths; circulates important nutrients throughout the ocean. This, in turn, promotes healthy marine ecosystems and phytoplankton growth, which traps a significant quantity of carbon from the atmosphere. 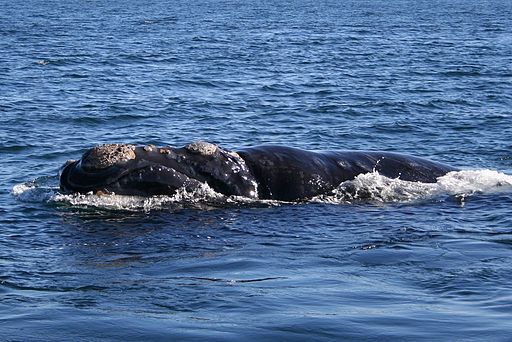 According to a study published this week in the journal Oceanography, climate change-induced warming in the Gulf of Maine has caused the population of the North Atlantic right whale to plunge, leaving the species critically endangered and conservationists desperate for protection.

Right whales have historically been recognized to eat in the Gulf of Maine for fatty crustaceans. However, the water there has gotten warm faster than 99 percent of the world's oceans in the last decade, and the whale's major food source, which thrives in cold water, has degraded.

Population of the Right Whales

Erin Meyer-Gutbrod, a marine scientist at the University of South Carolina and one of the study's authors, noted that 39 calves were born in 2009, a record for the right whale. However, beginning in 2010, birth rates began to decline, and by the beginning of 2018, no right whale calves were born.

According to the study, a large rise in right whales was first recorded in the Gulf of St. Lawrence in 2015. The whales were most likely on the lookout for more food. Instead, they were thrusted into a life-threatening predicament.

The population has fallen by around 26% in the last decade, leaving only 356 North Atlantic right whales on the planet.

As the population has been reduced to such dangerous levels, the International Union for Conservation of Nature listed the species as critically endangered in July 2020.

According to the study, Canadian government officials created a crisis management plan, which first appeared to be a success when no known right whale deaths in the southern Gulf of St Lawrence were reported in 2018. However, by the next summer, the number of deaths had risen to ten.

Meyer-Gutbrod suggested using rope-free fishing gear as a solution to this problem. But, on a larger scale, she said it's crucial to remember that we don't yet know how species will react to climate change. When a result, officials must step up their surveillance efforts and seek to anticipate migration as conditions change.

"What we don't want to happen is to have the right whale shift to yet a new foraging habitat, and find ourselves unprepared again to protect them in this new environment," she said. "So that's true I think for right whales, and I think broadly, we need to think about other species and how they're managed and try to be more proactive about predicting the impacts of climate change on their distribution."