Even though human activity has reduced the size of wild animals across the world, a new study has discovered that numerous mammals living near cities have grown steadily larger, both in length and weight.

Mammals are Getting Bigger because of High Calorie Leftovers 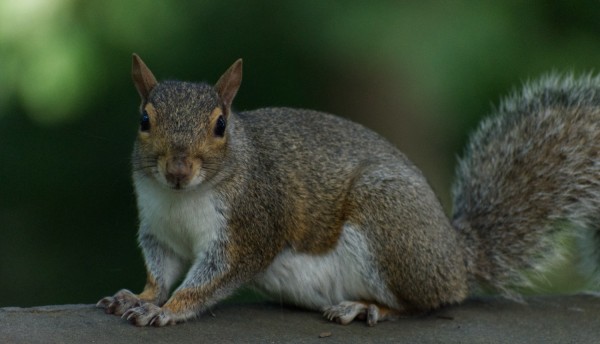 Some experts fear that as the globe warms, mammals living near cities may shrink, potentially lowering their fitness as a species, and the fitness of their predators.

However, even if climate change were to occur, this may not be the case. Food, it turns out, is a determinant in determining a mammal's growth that may equal or even surpass temperature.

New research found that most of the animal species investigated such as coyotes and raccoons appear to be expanding in size rather than decreasing in and near densely populated areas, where high-calorie human leftovers are more commonly available and predators are fewer and farther between. Both experts and members of the public have previously observed the additional weight of mammals. Despite this, the cause (or reasons) for this has received little attention.

According to thorough measurements of more than 100 North American species acquired, it is not the temperature of a city. Instead, regardless of how hot their surroundings are, the creatures who live closest to most people tend to have the biggest increases in weight and body length.

Of course, if climate change worsens, this might alter, but for the time being. It appears that wolves, coyotes, deer, rodents, bats, and other animals in North America, may be influenced by city populations rather than city temperatures.

According to Robert Guralnick, who studies Biodiversity informatics at the Florida Museum. The new disruption of the natural landscape, which did not exist thousands of years before, is represented by urbanization. It is critical to acknowledge that it is having a major influence, and it appears that this massive impact is cancelling out any shrinking caused by rising city temperatures. According to a prior study, most animals are anticipated to shrink as temperatures rise.

Insects Getting Bigger: The Effect of Urban Heat Island

A metropolitan region that is significantly warmer than the surrounding rural areas is known as an urban heat island, or UHI. Heat is produced by people, automobiles, buses, and trains in big cities such as New York, Paris, and London. Urban heat islands occur in conditions like these, where there is a lot of activity and a lot of people.

This warmer zone combines with an increase in insect life. An example would be spiders, partially because of the lights that are used in urban settings. Lights attract insects, providing spiders a cozy living environment, a consistent supply of food, and lots of corners in which to build their webs.

According to study, spiders in cities were larger, had more body fat, and could carry more spider offspring than spiders in natural environments. Urbanization has been shown to benefit creatures such as spiders. Some spider species (such as the orb weaver) benefit from urbanization because it provides them with warm, friendly habitats.