The first giant panda cub had been born in Singapore on Saturday, August 4, at the River Safari around 7.50am, to parents Kai Kai and Jia Jia.

The panda was the nation's first panda cub and was conceived after seven attempts. Wildlife Reserves Singapore (WRS) of the River Safari described the birth "a joyful boost to the ongoing National Day celebrations this year." 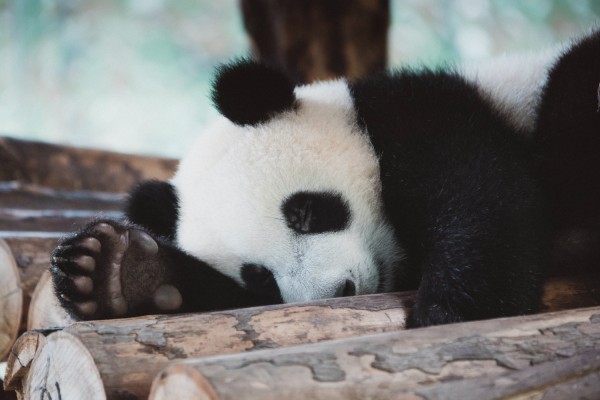 "It is famously difficult for pandas in captivity to reproduce. Pandas have only a narrow window each year to conceive. Their keepers deserve kudos for this difficult and rare accomplishment, and for persevering despite previous failures," he said in a Facebook post.

The panda cub's gender is yet to be determined.

Kai Kai and Jia Jia arrived in Singapore from Chengdu on Sept 6, 2012, on a 10-year loan from China. Seven-year-old male Kai Kai and six-year-old Jia Jia were brought together to mate through artificial insemination in 2015, but failed.

In 2016, artificial insemination is carried out on Jia Jia for the second time after natural mating but failed again. Since female pandas have only one reproductive cycle per year, and are fertile for just 24 to 36 hours, breeding them with a male panda could be complicated. Natural mating was also quite difficult for the young and inexperienced giant pandas.

Nevertheless, the partners were put together for natural mating in 2017 for the third attempt as Jia Jia's gradual increase in progesterone levels indicates a possible pregnancy.

Experts went straight for the artificial insemination process in 2018 instead of natural mating, which took over three hours but unsuccessful.

April 2021, the pandas mate naturally as they enter their seventh breeding season, while insemination is being carried out as well, as advised by experts from the China Conservation and Research Centre for Giant Panda.

The WRS vet confirmed pregnancy as the fetus' strong heartbeat was seen during an ultrasound scan.

A significant milestone for the reserve

Jia Jia's cub weighs about 200g, the WRS reported. The mother and cub are currently in an off-exhibit den to give them time to nurse and bond. WRS announced that the pandas will be accessible to the public in their exhibit in approximately three months.

"We will post regular updates with videos and photos of Jia Jia and her cub on our social media platforms so everyone can keep abreast of their development."

Despite the multiple attempts of the animal care team to help the giant pandas naturally conceive, they remain optimistic after seeing development of their mating techniques.

"Jia Jia's first pregnancy and birth of a cub is a significant milestone for us in the care of this threatened species in Singapore," said Dr Cheng Wen-Haur, WRS' deputy chief executive and chief life sciences officer. "The work continues now with supporting the first-time mother to raise her newborn cub."

Also read: Just Like Humans, Apes Use 'Hello' and 'Goodbye' Signals When They Meet Other Apes