The male's loud screech contrasted with the female's deep growls. Regardless of whose sound it was, 150 volunteer bird conservationists stifled shouts of pleasure, in the early morning hours of December, when the final survey was conducted. 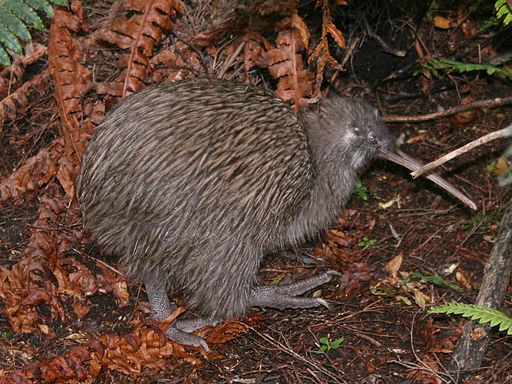 The kiwi's cry is the most dependable technique to monitor the animals because it is a night bird. In the dark, the cries are easy to hear, and they even have distinct features that allow conservationists to identify the same birds year after year.

The Kiwi Call Count is a manual population census that involves the human ear to record population count, of the country's five kiwi species in order to assess the birds' status in a specific location. Every year, the same sites are used, and in 2021, there was a 50% rise in the number of sites where calls were flock, with no site being silent in the previous year.

New Zealand's government has been developing strategies and facilitating citizen-led campaigns aimed at protecting the endangered kiwi population. Stoats, dogs, feral cats, and other introduced animals have thrived on the easy prey of kiwi chicks, reducing the kiwi's capacity to survive since the young are being slaughtered everywhere.

This trapping has proven extremely effective, and in 2017, two kiwi species - the northern brown and the rowi - were removed from the IUCN Red List as Endangered. Various benefits have been noticed as a result of humans cooperating with the government movement, and the kiwi population has increased in a favorable way.  Since the initiative began, the number of kiwis at Whangerei Heads has increased from 80 to over 1,000.

The yellow-eyed penguin, or "Hoiho," which means "noise shouter" in Mori, is an endangered species and one of the world's rarest penguins. It has a population of 4,000 to 5,000 birds. Due to animal hunting, food shortages, and other potential predators of penguins, the population has not been growing well.

As far as possible, veterinarians and animal hospitals have been involved in ensuring the penguins' well-being. While waiting for the Wildlife Hospital to open in January 2018, wounded yellow-eyed penguins found by Penguin Place, which has been in operation since the 1990s, were being monitored for their survival. Considering there are only 265 breeding pairs, the population is expected to grow at a very slow rate.

Jason van Zanten, conservation manager at Penguin Place, told the BBC that if Penguin Place didn't exist, the population would be functionally extinct. Yet as the world's first conservation reserve financed only via tourist revenue, Penguin Place was severely harmed during the government's COVID-19 policies.

The reserve is currently left with barely enough cash reserves to make it through the next several months. Penguin Place wants people to return with the return of warmer weather, or it will have to close its doors and leave the penguins to their own devices.

Also read: Dinosaurs Were Already Dying Off Due to Climate Change Even Before Asteroid Hit