It's not every day you see an insect in a man's colon, which is why this one time is 'particularly eye-catching' for gastroenterologists Keith Siau of The Dudley Group NHS Foundation Trust.

In an 'uncomfortable but sometimes life-saving' method of 'internal plumbing' in a procedure known as a colonoscopy, a gastroenterologist found a ladybug inside a 59-year-old man, among others.

While the human body has its way of evolving its functions and systems such as that for processing foods, it is not impossible to come across some 'disrepairs', especially that humans love to eat different foods with different health effects. 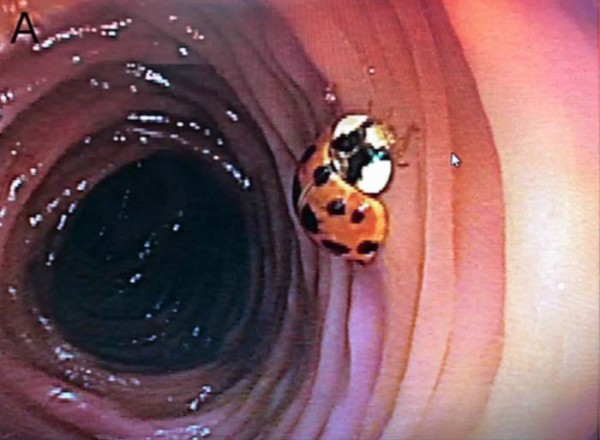 (Photo : Photo: NCBI)
A ladybug found in the transverse colon during screening colonoscopy.

Fortunately, modern developments such as colonoscopy helps examine the human body for possible evidence of diseases, like cancer or abnormalities in the large intestine, through the rectum.

One might not imaginehow this 59-year-old man had previously reacted upon the ladybug appearance when he just wanted his colon examined for health purposes.

When a tiny video camera at the tip of a tube is inserted through the anus in its full length viewing the inside of the entire large intestine, it may get uncomfortable, but that is what preparation is for.

To get the 'best images' and get a 'picture-perfect colon', the patient will have to abstain and empty bowel as much as possible, and take 1 gallon of polyethylene glycol, an osmotic laxative used to treat constipation, which the researchers hypothesize as the savior of the ladybug to survive inside the digestive tract.

While it is still in question how the bug got its way inside the colon, the jury said it likely slipped inside while the man was sleeping. The authors wrote in their paper that "bug ingestions are rarely reported but can occur even during sleep." 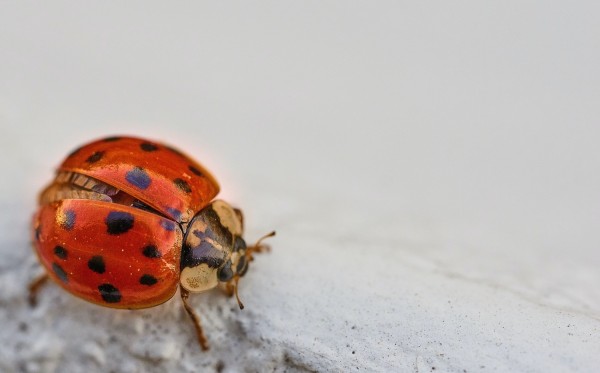 Among the 6,000 Coccinellidae species described are the ladybugs in North America, known as 'ladybirds' in other English-speaking world. Ladybugs are known to have pretty colors, harmless, and even beneficial to farmers, as they drive away insects in plants.

The team identified the wandering bug as Harmonia axyridis, a multicolored Asian-type species, which was imported to North America in the early 1900s to control pests. The authors note that these red-orange to dull cream-colored beings which are particularly eye catching hibernate during the winter, and attracted to light-colored homes in wooded areas.

"Quite the colorway for accessorizing one's colon."

Moreover, it looks like several other insects are also attracted to a man's colon. Dr. Siau continued his tour of insects found during colonoscopy which includes cockroaches, and garnered replies showing evidence of ants, and 'french pinworm'.

These discoveries during colonoscopies proves that even with the advanced science and medicine, the human body remains at one with nature somehow.