The gypsy moth's popular name is being changed by bug specialists since it is considered an offensive bug name.

The Entomological Society of America, which regulates insect names, is removing the popular name of that creature and the lesser-known gypsy ant. The organization revealed that, for the first time, it has altered a popular name of an insect because it was derogatory. Previously, they only reassigned names that were not scientifically correct.

"It's an ethnic slur to begin with that's been rejected by the Romani people a long time ago,'' said society president Michelle S. Smith. "Second, nobody wants to be associated with a harmful invasive pest." 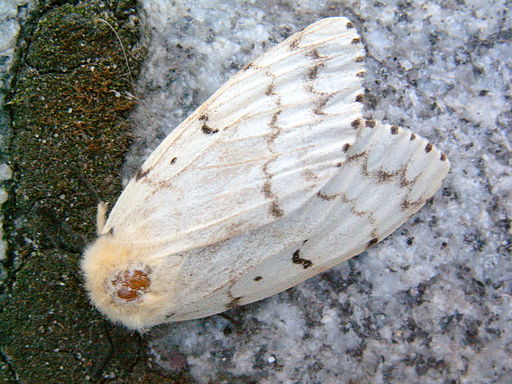 However, there is no new name for the moth currently, the committee plans to meet to debate the moth's new name as well as the lesser-known ant, which is now just scientifically termed 'gypsy'.

According to an ESA news release "The purpose of common names is to make communication easier between scientists and the public audiences they serve. ESA's list of recognized insect common names succeeds in this regard, but names that are unwelcoming to marginalized communities run directly counter to that goal," Michelle S. Smith, BCE, President of the ESA. ""That's why we're working to ensure all ESA-approved insect common names meet our standards for diversity, equity, and inclusion."

The organization is scrutinizing some of the more than 2,000 popular bug names to remove disparaging and geographically incorrect ones.

The lepidopteran gypsy moth (Lymantria dispar) is a major pest of deciduous and evergreen plants. Around 1869, the European strain was mistakenly introduced into eastern North America. It has become a serious pest in the western Great Lakes region by 1889. It defoliated millions of hectares of trees in Russia and China before being detected in northeastern North America in 1991.

May Berenbaum an American entomologist, believes that the moths earned their name because, as larvae, they had hair with microscopic air pockets that function like balloons, allowing them to float for miles and roam like the individuals they were named after. Another idea is that male mature moths have a brown hue that resembles Romani people.

Some believe that the gypsy moth or the Lymantria dispar (L.), derives its name from the activity of its bigger caterpillars, which travel daily from the leaves and down the branches and trunk to rest in shady areas on the tree or items on the ground.

The governor of Minnesota recently signed legislation to rename a highly invasive species known as "Asian carp" because the name was deemed insulting to the Asian population. The fish that have been damaging the Great Lakes environment will now be referred to as "invasive carp." The species' initial name was derived from the fact that they originated in Asia and were introduced into the United States in the 1970s.