Recent Decline of the Monarch Butterfly Linked to Climate Change

It seems like climate change is to blame once again for decline in population among species.

Researchers from Michigan State University fear the 'precipitous decline' of the monarch butterfly (Danaus plexippus) in North America, as well as the possibility of its breeding range becoming inhospitable if global warming shall persist. 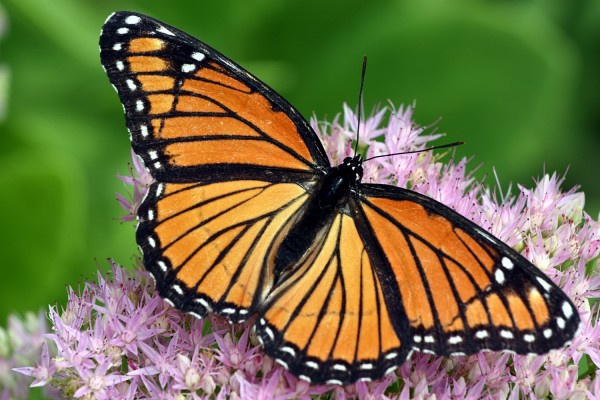 The insect is known for its extraordinary migration from Mexico off north to their breeding grounds in the US, then south in the autumn to shelter against North American winters, and then fly north again in early March. So far, the reason why butterflies leave the relative warmth of Mexico and go back to the US has not been figured out.

From the looks of it, cold weather could be their decisive factor, which implies that monarch behavior could change profoundly over the coming decades if the globe warms persistently.

Researchers have pointed out various causes for the insects' decline such as herbicides wiping out the milkweed plant where caterpillars exclusively feed on, migratory route problems and human-induced climate change.

In order to empirically test which provides the most impact, the team of researchers led by Erin Zylstra combed 18,000 mostly citizen science surveys of monarchs carried out in the US and Canada, and combined them with weather data between 2004 and 2018. They calculated the amount of rainfall and temperature deviated from long-term averages and found that the climate is nearly seven times more significant than other factors on how the monarch's summer numbers came to be.

"Yes, climate change is happening. It looks like it's affecting monarchs. Now we have this information, we can have a smart plan for what we might do for conservation of monarchs and other wildlife," says co-author Elise Zipkin, also at Michigan State University.

Also read: Highly-Venomous Caterpillar May Hold a Life-Saving Tonic in Its Venom!

The study's findings do not dismiss the fact that herbicide use and milkweed loss are still 'pretty constant' factors in monarch declines, says Zipkin. It was only recently that climate change was blamed for the recent declines.

"As we think forward (to climate change), not every spot that's been good for monarchs may continue to be good, and planting milkweed may not be enough," says Zipkin, suggesting the continuous efforts to protect and plant milkweed to help the butterflies.

Despite the possible "geographical bias" of the study being reliable on citizen science projects - which may be inherently biased to areas near cities, Marcus Kronforst from the University of Chicago is convinced of the researchers' claims, noting another recent research on why there are fewer butterfly population in the US due to warming and drying landscapes.

In addition, Elizabeth Crone at Tufts University, Massachusetts, also agrees that the climate has contributed to year-to-year fluctuations in monarch abundance in recent years, however, she also noted that earlier loss of milkweed has permanently reduced the reproduction of female monarchs which created a spiral decline since 2004.