Highly-Venomous Caterpillar May Hold a Life-Saving Tonic in Its Venom!

The Doratifera Vulnerans is a common caterpillar found in Australia, specifically in Queensland. It has a binomial name of "bearer of gifts of wounds". These Lepidoptera are considered poisonous caterpillars that have been studied since 2017. As they produce venom that protects them from harm; they have coped up and evolved their biological defenses that exhibits irritative hair, and secretes toxic materials that pushes off its predators.

According to Doctor Andrew Walker, one of the head researchers in Institute for Molecular Bioscience, this poisonous caterpillar may be an opening to new medication, biotechnology such as pesticides, and scientific tools.

The venom is showing promise and research shows that it has 151 different protein-based toxins from 59 different species.

Study shows that 13 of the peptide toxins gives a chance to pain inducing venoms or the neurobiology that focuses on the peripheral pain detection of a person. There are different kinds of tests being done now and showing that these toxins can be used in diverse ways soon.

Significance of the toxin to society 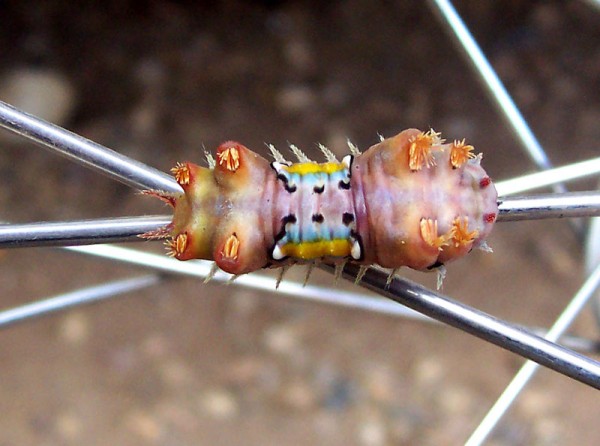 The research team has been studying the venom and its bioscience that affects humans. They figured out that the toxins or peptides created can kill bacteria ranging from the normal category to the disease-causing pathogens. With its natural high potency, it can be used for further research that may want to use natural or organic components.

Furthermore, to provide a holistic view to the public, they use imaging technologies, transcriptomics, proteomics, and functional assays. Like other limacodids these caterpillars have their own immune system peptides, that is why each component is still being studied and analyzed to produce safe and better version that can provide new medications and biological processes.

To produce the toxins, it is produced via crushed extracts of spine or spicules of the caterpillar. To identify the said venom toxins, they have been using different kinds of liquid chromatography. In expressing the level of toxins possible intake to humans they are using toxin expression levels to possibly make new biological improvements. With initial findings, immunity, anti-microbial, anti-fungal, and anti-parasitic stands out to the study.

Also read: Antibiotic-Resistant Superbugs? Raw Dog Food Could Be the Leading Cause

Other venomous insects with medicinal properties

Bee venom includes a variety of active chemicals, including peptides and enzymes, that have the potential to cure inflammation and central nervous system illnesses such as Parkinson's disease, Alzheimer's disease, and amyotrophic lateral sclerosis.

Scientists believe that the venom of a Brazilian wasp might be utilized as a cancer-fighting weapon. According to lab tests, a toxin in the sting destroys cancer cells while not hurting normal cells. According to the researchers from the University of Brazil, the experimental treatment attaches to tumor cells and causes them to release essential chemicals.

Many studies have demonstrated that scorpion venom is an excellent pain reliever and therapy for diseases such as lupus and rheumatoid arthritis. Now, researchers at Stanford University and in Mexico have discovered that the venom of a scorpion located in Eastern Mexico contains antibacterial characteristics.

Viper venom possesses anticoagulant and anti-constriction characteristics, it might be utilized to develop blood thinners or blood pressure medications. This might benefit stroke victims and individuals suffering from hypertension, among others.