BGC floats are robotic probes being deployed by scientists to monitor the innumerable phytoplankton, bacteria, algae, and other protocellular organisms, as well as the various ocean parameters and processes that are all affected by climate change. The organisms are photosynthesizers that provide over half of Earth's oxygen, which also captures roughly 25% of all CO2 emitted by fossil fuels.

Scientists have no idea how this happens, according to Woods Hole Oceanographic Institution physical oceanographer Susan Wijffels. That is why the National Science Foundation or NSF funded 53 million dollars to send 500 ocean floats.

These floats have biogeochemical sensors to expand Argo, the array of 4000 floats that has tracked ocean temperatures for one and a half decades now.

Wijffels, the Argo program leader, says it will be revolutionary. 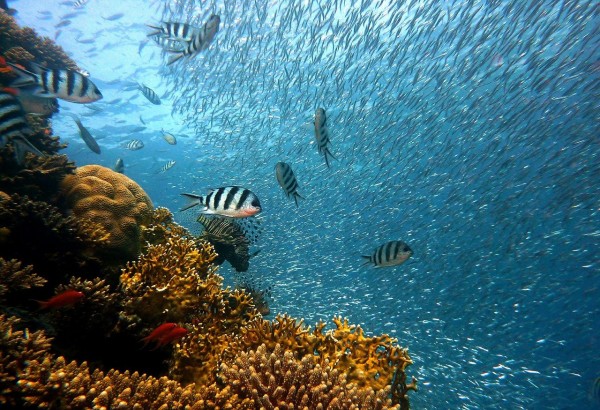 (Photo: Pixabay)
BGC floats are robotic probes being deployed by scientists to monitor the innumerable phytoplankton, bacteria, algae, and other protocellular organisms, as well as the various ocean parameters and processes that are all affected by climate change.

READ:  Marine Reserves Will Protect Species Such as Antarctic Krill From Global Warming and Overfishing

The BGC or biogeochemical Argo floats are thin, one-meter floats that drift along currents, rising and falling along different depths to gather measurements of salinity,

pH or acidity is important because it shows the ocean's CO2 uptake. As gas dissolves in water, carbonic acid is formed, splitting into hydrogen and bicarbonate and increasing water acidity.

Acidification is now 30% higher in the ocean surface than during pre-industrial times. It prevents some phytoplankton, bivalves, corals, and other organisms to form shells from calcium carbonate.

Valuable data from the floats

The ocean that surrounds Antarctica has two contrasting seasonal fluxes of CO2. Algae draw CO2 during summer, and ancient carbon wells up during winter. The latter has been in deep currents for centuries, coming from the Pacific and Atlantic oceans and released into our atmosphere.

For the last few years, the University of Washington oceanographer Alison Gray and colleagues used BGC floats to show how the winter CO2 exhalation already almost cancels out the amounts trapped during summer. Over 150 prototype floats have been tested for such monitoring them since 2014.

It is a puzzle why outgassing is high on the side of the Pacific. This may be due to currents or winds that smash on undersea ridges that let deeper waters rise. It may also be possible that the phytoplankton in the region is less capable than Atlantic phytoplankton in staunching the outflow of CO2.

The problem of deoxygenation

Ocean oxygen has dropped around two percent since the last century. Most of the losses are from anoxic zones where overfertilized lands cause nutrient runoffs. These cause algal blooms which lead to surges of bacteria. They take all the oxygen via aerobic decomposition. The lack of oxygen then suffocates fishes and cause fish kills.

Warming also cause oxygen loss as well as decreased mixing of oxygen in the lower depths.

Uses of floats and further deployment

The floats are useful in gathering data on large- and small-scale events caused by various forces, such as localized blooms of phytoplankton caused by hydrothermal vents.

Floats are going to be deployed in the equatorial region of the Pacific to study the phenomena of La Niña and El Niño. They can help explain the temperature swings and their effects on how much phytoplankton can trap carbon. This will shed light on how climate change alters the overall uptake of carbon by the ocean.

The myriad uses of BGC floats or robotic probes will widen our understanding of ocean processes and the various effects of climate change in organisms such as phytoplankton; our oceans; and our planet.

Check out more news and information on Coral Reefs on Nature World News.