Experts Warn Next Coronavirus Pandemic Will Come From Asymptomatic Rodents

Princeton University researchers warn that rodents may be asymptomatic carriers of SARS-like coronaviruses. Researchers said that some rodent species in the past were repeatedly exposed to such.

The study's genomic analysis of various mammal species which examined specific receptor SARS viruses were bind to revealed that rats previously exposed to the virus may have developed a certain level of resistance to the infection.

With that given, they could serve as potential viral reservoir that could infect humans and could lead to the next pandemic.

The team suggests that identifying animals that have developed tolerance and protection against such infections could prevent the next coronavirus outbreak. 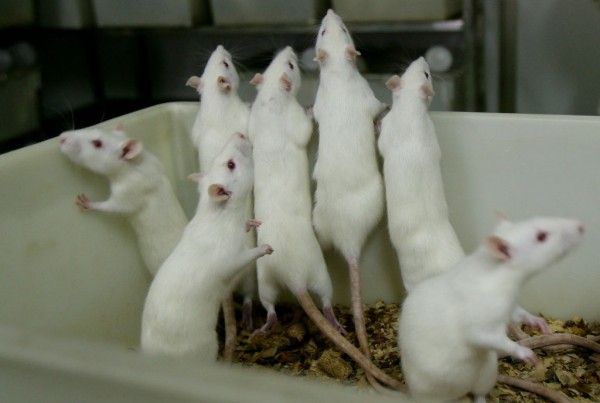 (Photo : Photo by China Photos/Getty Images)
CHONGQING, CHINA - FEBRUARY 16: (CHINA OUT) Female white rats stand in a basin at an animal laboratory of a medical school on February 16, 2008 in Chongqing Municipality, China. Over 100,000 rats and mice are used in experiments every year for pharmaceutical research in the lab, where the temperature is kept at 24 degrees centigrade.

Zoonotic diseases are viruses that usually starts in wild animals and pass infection from one species to another.

SARS-CoV-2, the causative agent of COVID-19, is a clear example of zoonotic disease that jumped from a non-human animal to humans. For about 3 years, the virus has been a significant threat to human health around the world.

This raises the tantalizing possibility that some modern rodent species may be asymptomatic carriers of SARS-like coronaviruses - including those that may not have been discovered yet."

In their investigation, they studied the so-called ACE2 receptors that allowed SARS viruses to enter into mammalian cells and evolve across different mammal species. Primates and other mammals with little evidence of past adaptation in the ACE2 receptors are what left us vulnerable to symptomatic cases of the disease.

Evolution of receptors prevents the next pandemic

In conclusion, the study suggests that rodents have exhibited consistent evidence of evolutionary adaptations that could make them a potential carrier of the virus, infecting humans and sparking an outbreak.

To prevent this, it is essential that these insights will be looked into further to shed light on the pattern of rapid evolution of the ACE2/virus binding interface within the rodent clade. Meanwhile, the result of little adaptation within primates or among other mammals not already known to be SARS hosts will also help identify vulnerable symptomatic hosts.

"Continuing to explore adaptations in coronavirus animal hosts will be important for understanding which animals have possibly adapted tolerance mechanisms through ancient exposures and may be carriers of SARS-like viruses," the duo explained.

"Such studies will also aid us in finding those that are vulnerable symptomatic hosts, as humans have unfortunately proven to be."

Also read: About 620 Million Birds Have Quietly Vanished in Europe for the Last 40 Years