Alzheimer’s Disease Vaccine? Antibody Experiment in Mice Could Lead to this Breakthrough 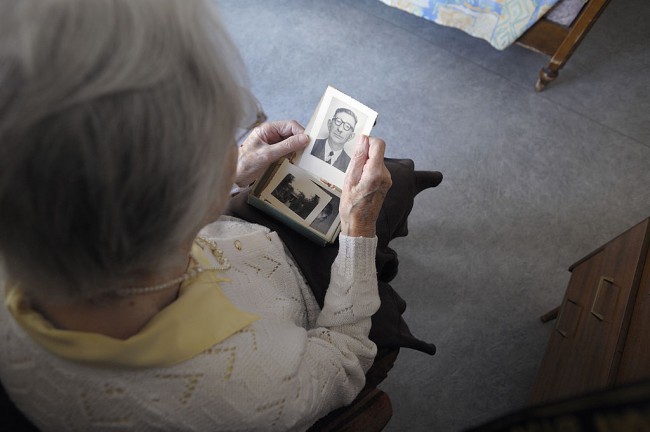 A woman, suffering from Alzheimer's desease, looks at an old picture on March 18, 2011 in a retirement house in Angervilliers, eastern France.
(Photo : Photo credit should read SEBASTIEN BOZON/AFP via Getty Images))

Scientists from UK and Germany had discovered a new approach in not just treating Alzheimer's disease - the leading cause of dementia - but also generating vaccine from it.

The novel method for treatment has shown success in reducing symptoms of the disease using mouse models. Both the antibody-based treatment and the protein-based vaccine exhibited promising results, although it is unclear if the vaccination works on humans.

"While the science is currently still at an early stage, if these results were to be replicated in human clinical trials, then it could be transformative," says drug researcher Mark Carr from the University of Leicester in the UK.

"It opens up the possibility to not only treat Alzheimer's once symptoms are detected, but also to potentially vaccinate against the disease before symptoms appear."

Researchers, on their new immunization approach, targeted mainly the toxic truncated proteins associated with Alzheimer's disease to be able to derive with the antibody and vaccine.

"In clinical trials, none of the potential treatments which dissolve amyloid plaques in the brain have shown much success in terms of reducing Alzheimer's symptoms. Some have even shown negative side effects," said Professor Thomas Bayer, from the University Medical Center Göttingen.

"So, we decided on a different approach. We identified an antibody in mice that would neutralise the truncated forms of soluble amyloid beta, but would not bind either to normal forms of the protein or to the plaques."

The team identified the family of antibodies as TAP01, and the engineered amyloid beta vaccine, called TAPAS. For this to work on humans, they created a different version of the antibody called TAP01_04.

Dr Preeti Bakrania from LifeArc said: ''The TAP01_04 humanised antibody and the TAPAS vaccine are very different to previous antibodies or vaccines for Alzheimer's disease that have been tested in clinical trials, because they target a different form of the protein. This makes them really promising as a potential treatment for the disease either as a therapeutic antibody or a vaccine."

However, amyloid beta plaques are associated with more than just one form of Alzheimer's, and the vaccine might not work the same for all forms or prevent brain degeneration. Some evidence suggests that the disease is more than just one thing and may include multiple subtypes.

Nonetheless, Dr. Bakrania added that "the results so far are very exciting and testament to the scientific expertise of the team. If the treatment does prove successful, it could transform the lives of many patients."

Around 44 million people around the world suffer from Alzheimer's. If clinical trials for the potential new vaccine is successful, this could mean bolstering millions of healthy brains. Researchers of the study are currently looking for commercial partner to take the therapeutic antibody and the vaccine through clinical trials.