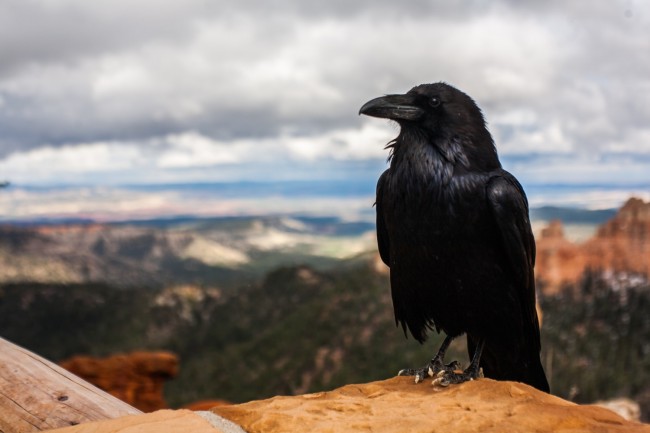 Crows are notorious for frustrating attempts to keep them from tearing into garbage cans, however, would you believe that making tools makes them happy?

It's the conclusion of a new research co-authored by Dakota McCoy, a graduate in the lab of David Haig, whom discovered that crows acted positively after using tools. The findings are presented in a publication published in Current Biology on August 19th.

"What it shows is that crows loved utilizing tool in same manner that we value some kind completing a crossword," McCoy remarked.

"I believe it implies that there is a lot more going on in that small skull than we realize. They find fulfillment in doing what they are competent at, have learned for their entire existence, and utilize regularly."

Although chimps use sticks to 'fish' for insects as well as other mammals use pebbles to crack open nuts, New Caledonian crows distinguish for making several complicated tools and constantly perfecting their ideas.

How Does Building And Utilizing Tools Bring Happiness to Crows

"I believe we strive to under-anthropomorphize mammals, particularly highly intellectual animals," she remarked. "It's not that they're robots and we're emotional humans."

As she claims that once crows began using tools, the fact that it made them feel good pushed them to stick at it, honing and improving the actions deeper.

"Perhaps crows are like humans in that when they accomplish these sophisticated acts, they're encouraged not simply by earning a treat, but rather because they truly love the effort altogether," she speculated.

McCoy and teammates conducted an investigation to determine how hopeful the birds were about utilizing tools in order to better grasp how they felt about using tools wherein an identical technique was devised for crows by investigators.

Crows were conditioned in the laboratory using a tiny space. The box usually provided a hefty prize, three portions of meat put on the left side of a table. On the right side, there was only a shred of flesh, a far lesser prize.

The crows subjected to a series of experiments above a length of time to see how they responded towards tool usage, including one in which they used a tool to take a chunk of meat from a container and another in which the chicken was widely obtainable.

According to the findings, the animals were significantly faster to reach the unclear box after using the tool, but less excited after attentional trial compared to the easy trial.

"It was no wonder that they loved the easy situation," McCoy added. "However, the astonishment was that they definitely don't like tool use since it's challenging. We adjusted for complexity, but that wasn't what piqued their attention, it's something particular about tool usage that they appreciate."

McCoy, a graduate student at the Graduate School of Arts and Sciences, expressed optimism that the study's findings will be used to improve the lives of animals used in research.

"We're a long way from a world without captive animals... but they may have a far more meaningful existence if they're kept collectively and given enjoyable tasks to accomplish." she added.