The species, that were discovered in the abyss of the Gulf of Mexico, are a selection of bizarre species, several of which never seen elsewhere.

However, it has been discovered that the strange creatures do not constitute distinct species. Extensive research has found that they are embryonic and juvenile versions of profound shrimp that live in several of the sea's lowest, lowest recesses.

What Lies in The Depth of the Sea 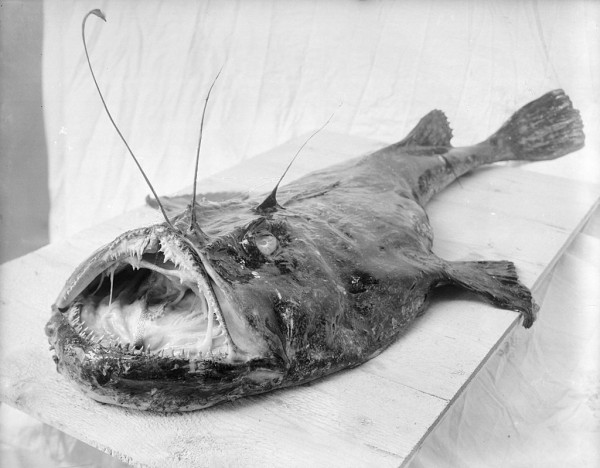 (Photo : Photo by Reinhold Thiele/Thiele/Getty Images)
circa 1900: A specimen of an Anglerfish, a common name for any of about 265 related saltwater fishes that have appendages resembling fishing rods or lures with which they entice their prey

Previously, scientific researchers collaborate with partially organisms discovered in the intestines of fish, sardine, and dolphins, single composites outlined nearly two centuries ago, such as the dutifully labeled Cerataspis monstrosus that is now recognized to be a larval type of Plesiopenaeus armatus, a profound prawn which dwells in the ocean's abyssal plains up to 5,000 meters below.

"There's so many examples when we have recorded organisms as infants or larvae and have no clue what they become as mature," Bracken-Grissom remarked at the time of her 2012 findings.

Despite their best efforts, several categories of complex shrimp are riddled with taxonomic issues as a result of uncommon and unique pupal stage being wrongly reported as initially provided.

Bracken-Grissom and Varela used DNA microarrays to connect 14 larval and juvenile organisms to their older counterparts in this newest research.

Prior to this study, experts understood little about the larval stages of 10 of the 14 depth species documented. It's no surprise, given that some of the specimens acquired for this research are less than an inch, roughly the size of your thumb.

Bracken-Grissom and Varela argues that, "Because larval records are lacking or non-existent for several taxa, this work marks the first of many to increase deep-sea larvae diversification."

One of several larval samples, recognized as a relative of the Alvinocarididae class of prawns prevalent in cold polar seeps, was discovered in seas 1,000 meters for the first time.

Several were recognized as a juvenile Funchalia villosa, a creature known to migrate through the aquifer on a regular basis, climbing at nighttime from bottoms of roughly 2,600 meters to within 50 meters of the exterior to feed.

However, not all deep-sea crustaceans are so transient.

"A lot of these larvae are present in the mesopelagic zone coastal areas around 200 - 1,000 meters and eventually end up on the deep-sea ground as maturity," Bracken-Grissom adds.

Crustacean larvae are frequently the principal dietary supply for tiny and big migrating fishes, cephalopods, and some deep-diving sea creatures, "therefore they are crucial to the marine food web," she says.

However, the experts suggest that such slightly shrimp creatures possess myriad larval stages that are impacted by sea temperature, acidity, and the nourishment they intake, so more work and samples will be required to adequately explain the mystery life experiences of these underappreciated deep-sea inhabitants.