Typically, human Internal organs grow and undergo changes during the course of life, although they hardly change completely. Things aren't that straightforward for infant octopuses.

Prior to their birth, embryonic octopuses grow hundreds of temporary, tiny structures referred to as Kölliker's organs (KO) which conceal every visible part of the octopus' body, it even hides inside small pockets in the skin at times, and extending like small umbrellas that are folded-up. Once turned inside out, each organ may open, thereby disclosing a burst of prickly fibers.

For decades, biologists have known about these tiny blooming organs. Ever since then, no one knows for sure what they're for or why embryonic octopuses lose their whole assortment of bristly bits and bobs before reaching maturity.

Roger Villanueva, a scientist at the Spanish National Research Council (CSIC) and his colleagues' latest study is now helping to shed light on the unexplained missing organs.

The researchers used light-sheet microscopy to analyze 17 species of embryonic octopuses. This study was published in the journal Frontiers in Marine Science in May 2021. Light-sheet microscopy is essentially a way of immersing a sample in fluid to make it transparent. It then shines light through it to expose hard-to-see structures.

The KO was found in 15 of the 17 species investigated. The two that were without KO were both holobenthic octopuses, which are born quite big and spend their whole lives in the deep ocean. Almost every one of the 15 species with KO is born planktonic, which means that eggs are born tiny and swim upward in the water column as their bodies expand and change into maturity.

The researchers discovered that KO are uniformly distributed throughout the bodies of juvenile octopuses. Further study reveals they tend to be of the same size regardless of the embryo's size. They also observed that when an octopus's KO are completely spread out, the animal's surface area grows by two-thirds.

According to the researchers, these findings might point to KO's hidden function. Villanueva, the study's principal author, said in a statement that the organs might be employed by juvenile octopuses to boost their surface-to-volume ratio.

Young octopuses with the capacity to drastically expand or reduce their surface area may be better able to drive themselves through or resist ocean currents.

This is a particularly valuable attribute for planktonic hatchlings that spend their early lives traveling at the mercy of those currents. The researchers thought that deploying or retracting their KO may help the hatchlings save energy. However, there is another, more popular possibility. 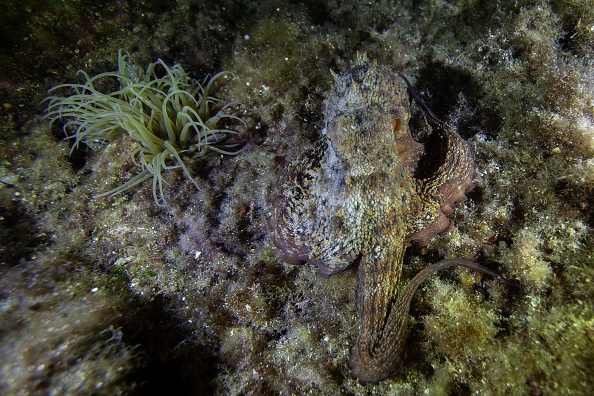 What Could be the Purpose of the Disappearing Organ?

According to the researchers, a 1974 study published in the journal Aquaculture showed that KO, like crystals, can refract light in various directions. As per the researchers, this refractive property might help spread the hatchling's shape in the water.

It makes it more difficult for predators to capture them. If KO is involved in camouflage, it could explain why many octopuses that live near the deep, dark ocean floor don't produce any KO at all. There's no need for camouflage in the dark.

Even after studying the properties of KO more closely than any previous study, the scientists say the true aim of the unusual, vanishing organs remains a mystery. Studies of birthing octopuses in the wild in the long term may aid researchers in their search for an answer.

For the time being, the researchers are contented to just share the unusual magnificence of little cephalopods that have never been seen before.

Related Article: Octopus Ancestors Among the First Animals on Earth, Dating Back to 509 Million Years Ago!