Fossils discovered in Newfoundland throwback evolution of cephalopods by tens of millions of years. But does the longevity of species speak about its intelligence?

If we count our little-brained ancestors, we go back half a million years. If we go all the way back to the tree-living rat-like animal which is the oldest ancestor of primates known, OK, we get to 65 million years or so.

But the cephalopod cousins and octopus are one the oldest animals on earth, far back over half a billion years, and a new study proposes that their evolution started even earlier than thought, even before the appearance of the arthropods in the early Cambrian.

But the recently found fossils in the Avalon Peninsula, Newfoundland, are thought to be cephalopods and have been going back well to nearly 522 million years, around 30 million years earlier than expected, according to a report released this week in Communications Biology.

Cephalopods are indeed part of the huge phylum Mollusca, and as far as we know, these cephalopods are the most advanced of the lot. Cephalopods are also the only member of that vast animal's empire to have closed circulatory systems.

Nautiloids are the earliest known cephalopod fossils, and they crowded the ancient seas. Skeletal remains of early cephalopods have been located from China to Texas to Kazakhstan.
All of these first cephalopods passed away except for the Ellesmeroceratidae family, which had straight shells, just like the newly discovered fossils in Canada.  Eventually, the nautiloids would grow their hallmark spiral-shelled shapes.

Assuming the identification of the skeletal remains discovered in the Avalon Peninsula is right, that sums up to around 30 million years to the history of the octopus.

"If they should actually be cephalopods, we would have to backdate the origin of cephalopods into the early Cambrian period," according to Dr. Anne Hildenbrand of the University of Heidelberg, who experimented the remains together with Dr. Gregor Austermann, in conjunction with the Natural History Collections in Bavaria. 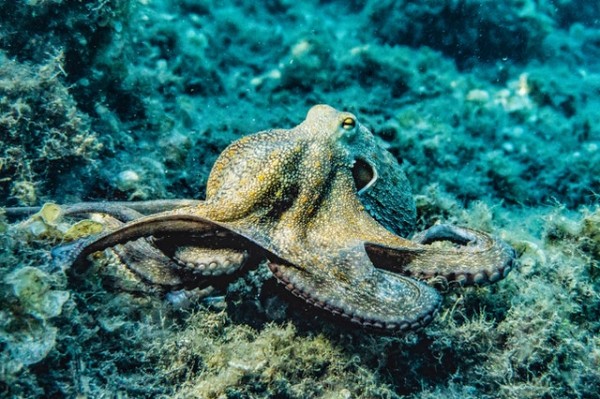 The essential conclusion is that today, the ancestors of octopus, squid, and other cephalopods were part of the first multicellular organisms, which strongly developed during the Cambrian.
Octopi are believed to be so strange, so different from other creatures, that some scientists have even assumed that they come from another planet.

Not in spaceships and not as pets of other unusual creatures who did have spaceships, but due to cosmic seeding. A whole of ScienceDirect's team wrote in 2018 that life may have been planted here on Earth by comets as soon as Earth's condition allowed it to thrive.