A Vietnamese couple, together with their pack of beloved dogs, departed from their province on a motorcycle as Covid illnesses increased.

Covid-19 was later shown to be present in their system. Authorities murdered 12 of their dogs amid fears the animals may transmit the virus. Their experience, which was filmed on the social media platform TikTok, generated widespread outrage in Vietnam, with a petition asking for a stop to the practice amassing over 150,000 signatures. 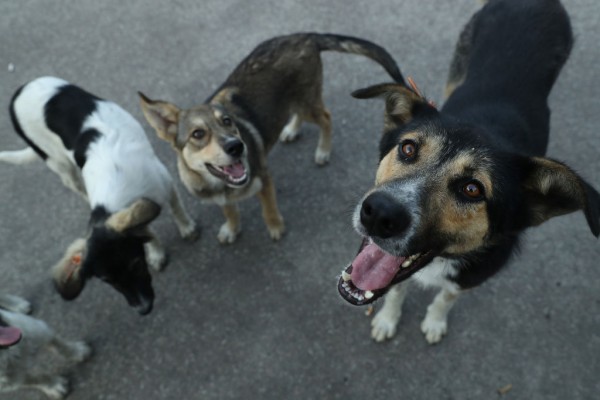 The couple traveled to Khanh Hung in Ca Mau province, where a cousin lives, because Covid cases are not as prevalent there.

Many witnesses shared videos of the couple's journey on social media, showing them riding their motorcycle with their pets and possessions stacked on top. Many people on social media congratulated the pair and wished them well on their trip.

When the couple used raincoats to shelter their pets in the heavy rain, several people stated their hearts softened a little. A few even brought them water and snacks.

After entering Ca Mau province, the couple handed two dogs to a volunteer, and one died. The others went on with their lives.

However, after arriving in Khanh Hung, the couple and three relatives tested positive for Covid. Anyone traveling between provinces is required to take a drug test. The animals were quarantined while they were sent to a hospital for treatment.

However, official media said that local authorities murdered their 12 dogs as well as the pets of their relatives without telling them. Later, the piece was taken down. The way the animals were slaughtered remains unknown. An image of them being burnt was published in the official police publication.

The toughest part for Mr. Pham was learning that his beloved animals had been slaughtered by strangers. He is keen about holding the authorities responsible.

"I raised my kids for about six years, I definitely want justice for my kids," he said

The most recent Covid-19 outbreak in Vietnam has been the worst since the outbreak began.

Many migrant workers are unable to make a livelihood because of a severe lockdown in recent months, leading at least a million to abandon major cities.

The World Health Organization (WHO) praised Vietnam's fast response and broad contact-tracing as a viral success at the onset of the epidemic. The Delta version, on the other hand, has brought the country to a halt.

In total, 840,000 instances have been documented, with over 20,000 deaths. During the most recent wave, most cases were found.

Even though Prime Minister Pham Minh Chinh warned last month that a strategy to "live with the virus" should be in place, Vietnam has been harsh in its virus-control efforts. Many people have been prosecuted with transmitting the virus and convicted, with some serving five years in prison.

A video of six police officers breaking into a residence in Binh Duong Province's southern district went viral last month. As her little kid screamed, they brought out a lady suspected of having been exposed to Covid for a test. It sparked a tremendous public outcry.

Also read: 800 Evacuees Fear for Their Lives and Homes as Volcanic Lava Threatened to Engulf Their Town