China's environment minister announced on Wednesday over 100 countries have signed the Kunming Declaration to "mainstream" biodiversity protection in decision-making.

The 2-phase convention just completed its first part of the ongoing virtual 15th meeting of the Conference of the Parties to the United Nations Convention.

By signing of the "Kunming Declaration", the countries have pledged and adopted to committing themselves to protecting the nature and recognizing the problem at large, to be able to "live in harmony with nature". 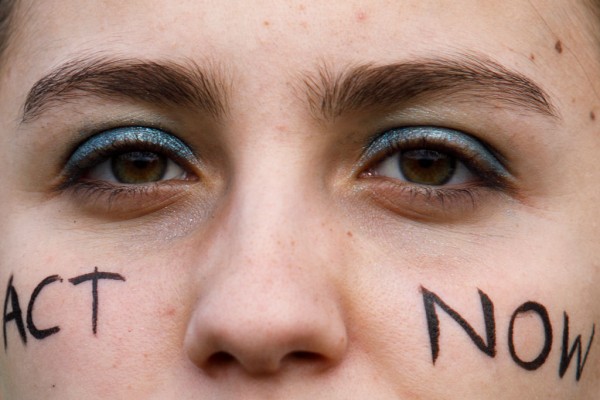 (Photo : Photo by Tom Brenner/Getty Images)
WASHINGTON, DC - MARCH 15: Lucia Dominguez of Spain participates in the Youth Climate Strike on March 15, 2019 on the West Front of the U.S. Capitol in Washington D.C. Students around the world took to the streets on March 15 to protest a lack of climate awareness and demand that elected officials take action on climate change.

The UN-led deal is part of growing efforts of more than 100 countries to give importance to conservation and protecting human health.

Mr. Huang Runqiu told the UN Biodiversity Conference in Kunming its main purpose which is to "reflect the political will of all parties and send a strong message to the international community about our strong determination and consensus in the field of biodiversity."

An 'urgent and integrated action'

In addition to the declaration's goals is to "to transform all sectors of the global economy." The convention focused on the "ongoing loss of biodiversity that jeopardizes achievement of the Sustainable Development Goals and other international goals and targets."

Among other things, the Ministers and other heads of delegations wishes to "acknowledge with grave concern" the unprecedented and interrelated crises of biodiversity loss and climate change, and let our planet prosper.

The action starts with recognizing the many underlying drivers, hence the need for urgent and integrated action from countries around the world for "for transformative change, across all sectors of the economy and all parts of society, through policy coherence at all levels of government, and the realization of synergies at national level across relevant Conventions and multilateral organizations, to shape a future path for nature and people, where biodiversity is conserved and used sustainably, and the benefits arising from the utilization of genetic resources are shared fairly and equitably, as an integral part of sustainable development."

Part of the agenda of the meeting was to discuss the post-2020 biodiversity framework, "which will serve as a blueprint for future biodiversity conservation efforts."

The COP15 summit's ambitious plan is to address the problem that is extinction of one million species around the globe. This includes "step up actions to reduce the negative effects of human activities on the ocean to protect marine and coastal biodiversity and strengthen the resilience of marine and coastal ecosystems to climate change."

On Tuesday, China pledged $230m (£168m) to establish a fund to protect biodiversity in developing countries.

This pact has finally come to life after multiple warnings from scientists of the world's climate crisis and how biodiversity protection must both be tackled and reversed.

More importantly, this sends a message to further communicate to the public and spread awareness, supporting changes in behavior towards the conservation and sustainable use of biodiversity.

Also read: Experts Warn Ominous Threat of Flu Season to Happen this Year, But is US Ready?