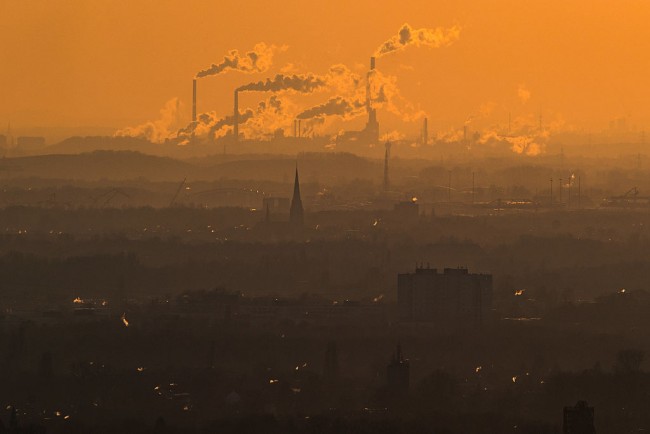 OBERHAUSEN, GERMANY - JANUARY 06: Steam and exhaust rise from different companies on a cold winter day on January 6, 2017 in Oberhausen, Germany. According to a report released by the European Copernicus Climate Change Service, 2016 is likely to have been the hottest year since global temperatures were recorded in the 19th century. According to the report the average global surface temperature was 14.8 degrees Celsius, which is 1.3 degrees higher than estimates for before the Industrial Revolution. Greenhouse gases are among the chief causes of global warming and climates change.
(Photo : Photo by Lukas Schulze/Getty Images)

Global businesses have called upon heads of state to deliver meaningful action in preventing the destruction of nature, and draft an actionable framework that addresses global biodiversity.

This is to ensure that loss of nature does not go far enough than it already has, specifically the mass extinctions of wildlife and collapse of ecosystems. Big businesses warn this could arise risks of "a dead planet".

CEO of big companies like Unilever and H&M sent out an open letter discussing the need for a "reverse in nature loss and build a nature-positive, net-zero and equitable world." To arrive with a climate solution, it is a must to tackle and recognize first the global crisis at hand.

"Last and best chance of turning the tide of biodiversity loss"

The Chinese ministry of ecology and environment announced the biggest biodiversity summit in the decade tackling climate change as "our last and best chance of turning the tide of biodiversity loss". Negotiations will be split into two phases so that governments can meet face-to-face in Kunming, China in the first phase, set to begin this week. However, the second phase of the convention has not yet been scheduled after being delayed for the third time due to pandemic.

Because of the "lack in ambition and specificity to drive the urgent action needed" on the current draft, which includes plastic pollution, pesticide use, and increasing rate of invasive species, more than 1,000 companies with $4.7tn in revenue have signed a legally binding international treaty for governments to adopt and reverse nature loss by 2030, pledging to hold global heating to below 2C as the scientifically advised limit of safety, and not to breach 1.5C above pre-industrial levels.

"Nature is at a tipping point and time is against us. We must recognize nature loss for the crisis that it is," said the letter. "We must understand that while it is critical for tackling climate change, nature represents more than simply a climate solution."

Also read: Climate Change to be Blamed for 'Supercharging' Heat Waves Across California

The letter also expressly urged governments to "eliminate and redirect all environmentally harmful subsidies" that are harmful to nature.

"We need to track our impact on the climate and nature with the same discipline we track our profit and loss," said Roberto Marques, chief executive of Natura & Co, which owns the Body Shop and Aesop, who also signed the letter. "We are calling on governments to eliminate and redirect all harmful subsidies. Governments still provide a lot of subsidies for industries and initiatives that are very harmful for nature."

Marques said that this is an important moment for them to make decisions in tackling the world's largest greenhouse gases, to be able to determine if the world have met the environmental targets for this century.

"What happened with the Paris agreement is that once you have political ambition, it gives companies that certainty to invest, innovate, shift their business models. By using the Earth's limits as a framework, companies can make sure they are doing their fair share," said Eva Zabey, director of Business for Nature.