Metal-Eating Bacteria Can Consume a Nail in Three Days: Can it Help Clean up Mine Sites?

Leptospirillum is a type of bacteria that rely on certain elements, in this instance iron, when they are unable to obtain any of its preferred foods.

Nadac Reales, a 33-year-old biotechnologist in Antofagasta a mining town 1,100 km far of Santiago, is working on using this skill to clean up previous industrial sites, and has tweaked her bacterial breeders to the point that they would devour a nail in 3 days inside this goal of cleaning up the nation's polluted mining sector.

While other researchers are employing natural brokers for extraction as well, although they are concentrating for more rare earth metals.

Chile is the world's foremost major copper exporter. Most reduced technologies, such as powered mobility, necessitate additional iron than the materials they replace, thus consumption is expected to grow. 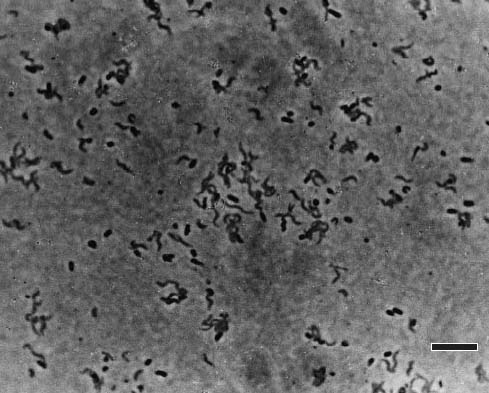 According to an AFP profile, Reales was working on using microbes to improve copper retrieval when she realized they could help even more by cleaning up the waste left behind by mining companies.

"I discovered there seem to be a variety of requirements in the coal sector," Reales told AFP. "One instance, is what occurred with the iron trash."

Because generating power via oxidizing minerals is more dangerous than having it from radiation or consuming one that does, creatures who make a decent living out of it tend to dwell in extreme circumstances, garnering the moniker anaerobic organisms.

Reales began looking for creatures which might fit her purposes in regions that were inhospitable among most existence.

She discovered Leptospirillum that grow in acidic conditions and can survive high metal content at the Tatio geysers in the Atacama desert, the world's highest-altitude geyser field in arguably the world's harshest desert.

"At first, the microorganisms took about two months to dissolve a nail," Reales told AFP of their ability to break down metal items. But nevertheless, she discovered that when the Leptospirillum was limited of other diet, it became thirsty enough to exert extra effort.

Reales was able to minimize the nail-consuming period down 3 days after 2 years of evaluating the most suited breeds and modifying the circumstances wherein she housed them.

Reales founded Rudanac Biotec to take use of this capability, and he's looking for funding to expand the business and determine how long it takes to move 50 tons of concrete.

Impact of Leptospirillum to Human And Ecosystem

Leptospirillum offer no harm to humans or healthy ecosystems, according to Reales, and their capabilities extend beyond repair. The crimson solution leaving over after most of the metal has been consumed can be used to improve copper repair by replacing toxic dissolving chemical substances.

Reales is among the academics looking for ways to employ biochemical reactions to remove steel.

Dr. Josepch Cotruvo of Penn State University is part of a team that has proven that you don't always want the microbes to do the job.

Cotruvo and co-authors published a paper in ACS Central Science demonstrating the use of Ianmodulin, a protein isolated from microorganisms, for titanium separation in mines and electronics repurposing.

Although rare Earth metals are not as rare as their name implies, they are difficult to remove in ecologically acceptable methods, and refinery that may disrupt China's relatively close on their manufacturing have been opposed due to processing damage more than the exploitation itself. Lanmodulin has the potential to solve this problem.