Firefighters in California are making efforts to control flames with strong winds aggravating the fire. 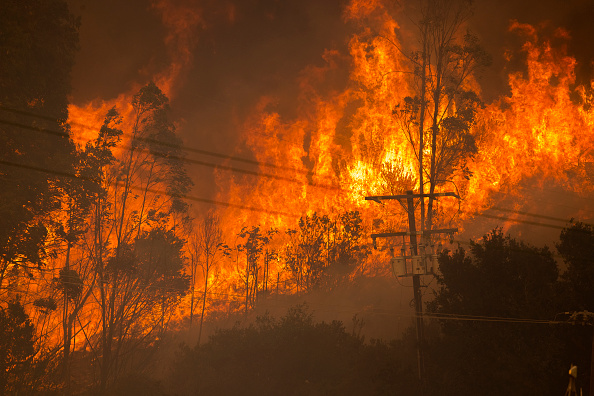 The crew are battling the Alisal Fire, which is responsible for shutting down a section of the popular Highway 101 and Amtrak lines in Santa Barbara County. As of Wednesday, the fire that has engulfed 13,400-acre, blazing 20 miles Santa Barbara northwest in Refugio Canyon, was about 5% contained.

The fire worsened after it began on Monday, officials said. And no one knows what prompted the fire.

In a Tuesday update on InciWeb which is a clearinghouse for information concerning wildfire in the US, fire officials said, "Significant fire activity continues with critically low fuel moisture and wind driven fire runs."

The update said: "The main constraint has been heavy winds that have limited safe access to suppress the fire and limited the use of aircraft to engage and support fire suppression."

California has witnessed a destructive wildfire season which was worsened by the climate crisis. The crisis has been creating perfect weather conditions for flames to begin and grow. And since close to 90% of the state is dealing with events as harsh as extreme drought which is the second most severe category as per the US Drought Monitor, stopping the fires won't be that easy.

Over 765 firefighters are trying to control the fire as they make effort to reduce the threat to Highway 101, which is shut down in the north direction as well as the south. The National Interagency Fire Center said California is presently dealing with 10 large active fires. 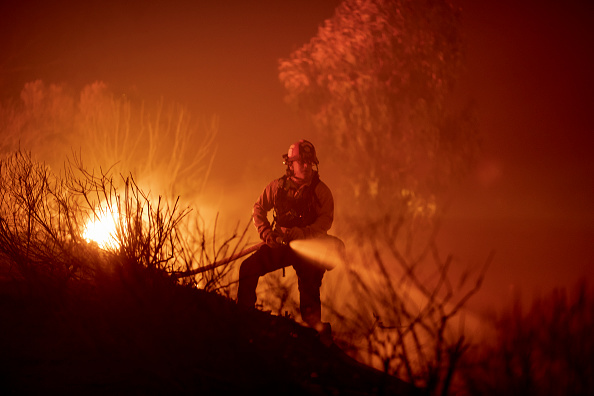 Also, utility company PG&E has warned 20 California counties that they are seeing a Public Safety Power Shutoff (PSPS) Thursday in response to weather conditions that could possibly trigger another wildfire.

There are many ways to get rid of wildfires. One is using firefighting equipment. Another way is to get rid of wildfires by changing their behavior. Wildfires are one of the most dangerous natural disasters that happen in the world every year. So, it is important for us to identify and prevent fires in our communities through any available means possible.

Wildfire is a potential environmental risk that needs to be managed. The impact of wildfire on the Earth is devastating. In recent years, its increasing scale has been observed.