According to fire officials, the Bootleg Fire in southern Oregon has expanded to over 212,000 acres, or more than 330 square miles, making it the country's biggest.

Smoke and clouds billow from the huge fire in this footage from satellite photography released by the NOAA. Officials stated that the fire was barely 5% controlled as of July 14, 2021. 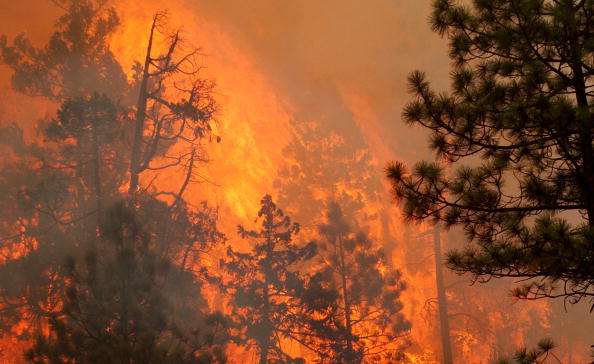 The Associated Press reported that firefighters in Washington were bracing for high gusts that may feed the flames of current wildfires. Authorities reported a fire in Chelan County, Washington, was threatening 1,500 houses, crops, and a power plant. As a result, there were mandatory evacuations in place. Around 200 people were evacuated from Nespelem on Colville tribe grounds in north-central Washington on Monday night.

According to Cal Fire, the Dixie Fire in Plumas County, California, swiftly consumed 2,250 acres and was 0 percent controlled by Thursday morning.

Related Article: Oregon's Bootleg Fire Nearly Quadrupled in Size as it Continues to Ravage the West

The Oregon Department of Forestry spokesperson Marcus Kauffman told The Oregonian/OregonLive, "We had a really busy fire night last night." "The fire produced a pyrocumulus cloud column that was rather impressive."

Pyrocumulus clouds form when a fire creates so many smoke plumes that they tower into the atmosphere, reaching heights of up to 40,000 feet, where they cool and condense. The consequence is strong winds and occasionally lightning, which are caused by the fire itself.

"The pyrocumulus clouds attract surface breezes, which bring the fire in," Kauffman explained. "That produces a great deal of activity."

The wildfire is raging through conifer and lodgepole pine forests that have been ravaged by drought and a long-running heat wave, leaving much of the high-desert environment dry and ready to burn. Climate change has aggravated both the drought and the heat waves. 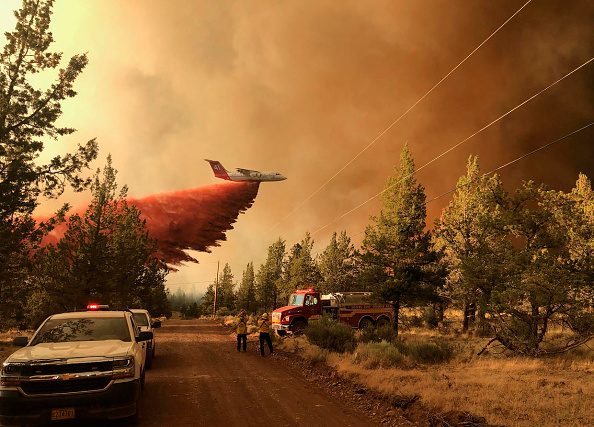 The Bootleg fire, which started on July 6, has claimed the lives of at least 21 people and destroyed 54 additional properties. Another 1,900 people are still in danger.

Even yet, there was some encouraging news at the fire's southern border, according to Kauffman. Crews have set up several isolated containment zones along the Sprague River's more inhabited regions and toward Chiloquin. Some of those communities may soon have their evacuation orders reduced from level 3 (leave now) to level 2 (be ready), allowing people to return to assess the damage to their homes.

Firefighters concentrated their efforts on the southeastern part of the wildfire, northeast of Bly, where they had dug containment lines and done preemptive burning ahead of the fire's arrival.

Crews started work on Thursday in slightly better conditions, with moderately lower temperatures, greater humidity levels, and calmer winds. Still, Kauffman warned that the fire is most active in the late afternoon.

According to him, the wildfire would spread between one and three kilometers each day along its eastern side.