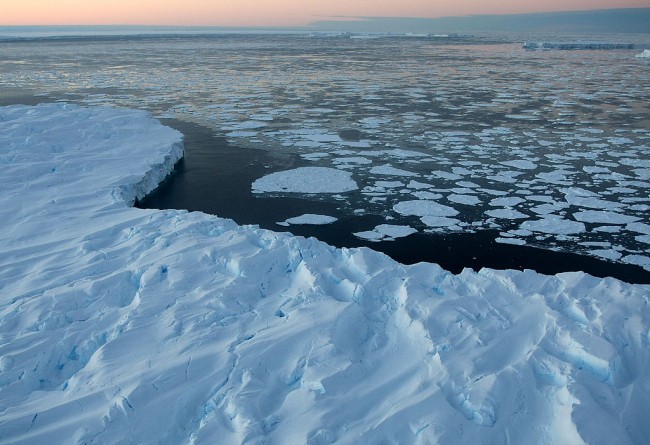 As shown by recent study from Antarctica, the planet's air during the pre-industrial age is not as pure as how we imagine it to be. Humanity has a greater and longer-lasting impact on the environment than previously imagined.

It's commonly thought that people began having a big influence on the global ecosystem and ecology with the advent of the industrial era in the 18th century, but new study indicates that the more ancients was not quite as pristine as we would imagine.

Analysis of six ice core wells taken from the southernmost continent has revealed a significant increase in black carbon since the 14th century.

Long before humans in the southern hemisphere began to burn coal, thus the pollution is most likely cause by pre-industrial fires that feed on natural biomass. Over the last 700 years, greenhouse emissions seem to have gradually increased, eventually doubling.

Humankind's effect on the Spread of Atmospheric Black Carbon

Experts trace soot back to Tasmania, New Zealand, or Patagonia as researchers predict the possible movement of black carbon particles.

While mankind initially establishes in Tasmania and Patagonia, the Maori arrive in New Zealand in the late 13th century, precisely as this black carbon began to emerge in Antarctic ice core data. The island nation's paleo fire records also correspond with this period, implying that land burning in New Zealand was responsible for the widespread dispersal of soot.

Atmospheric scientist Joe McConnel of the Desert Research Institute in Nevada said that "It is extremely remarkable that humanity at this point in history have created such a big shift in atmospheric black carbon through their soil cleansing efforts,"

"We often assume that if we did go back few more hundreds of years, we would find a perfect, pre-industrial realm, but our investigation shows that people have been affecting the ecology over the Southern Ocean and the Antarctic Peninsula for at least the previous 700 years," Dr. McConnel expounded.

Prior to the industrial revolution, we thought human impacts on the Earth's atmosphere or climate were negligible.

Findings like this help to raise knowledge that our power to modify our surroundings isn't a purely contemporary occurrence.

New Zealand was the last livable area on Earth where humanity lived. When the Mori came, the forest area was about 85%.

It is now approximately 25%, and research indicates that these woods were destroyed or degraded within a few decades of human settlements. Mori appear to have been intentionally burning native woods as long back as seven hundred years ago, when they had little expertise with fire and perished quickly.

The black carbon from these flames made its way to Antarctica, as evidenced by ice cores. Nonetheless, even this very modest quantity of black carbon has outpaced other anthropogenic emissions in the zone over the previous 2,000 years, harming some of our planet's most distant regions. Not merely did sooty smoke generated in Antarctica, but micronutrients from these fires are also likely to have made their way into the South Pacific, nourishing phytoplankton large distances distant.

"You wouldn't anticipate Mori fire in New Zealand to have a large influence over the Southern Ocean and the Antarctic Peninsula compared to natural burning in areas like the Amazon, Southern Africa, or Australia," says expert Dr. Nathan Chellman.

Dr. Chellman continue and state that "It was very wonderful to be able to utilize ice core data to illustrate impacts on atmospheric chemistry that stretched throughout the whole Southern Ocean, and to connect it to the Mori arrival and colonization of New Zealand 700 years ago."

The findings not only provide us with a better starting point for measuring current industrial activity, but also reveal the truths about the first settlers of New Zealand and the timing of their arrival in this great southern country.