On Tuesday, a volcano on canary islands that has already caused the destruction of close to 1,000 buildings boosted its explosive power, making louder sounds and spewing thicker lava from its major vent. 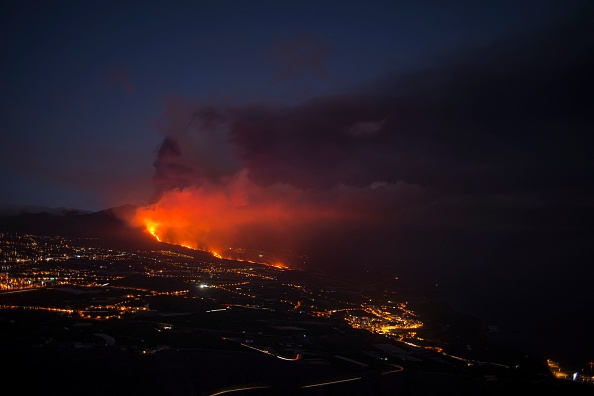 On the 19th of September, the volcanic eruption began and has prompted the relocation of more than 6,000 people living on the island of La Palma in the Canary Islands archipelago off Africa's northwest coast.

The volcano has completely destroyed some 946 houses and close to 100 more have also been affected as farmers struggle to keep the remaining banana plantations supplied with water following road and water pipes destruction by lava flows.

On Tuesday, the Canary Islands Volcanology Institute, Involcan, revealed that activity in the volcano had turned "explosive, with falling pyroclasts and bombs."

Footage which the institute released the night prior displayed a block of molten rock that, as per the institute, had struck against a wall over a distance of 0.7 miles (1 kilometer) from the vent and this is a hint of the volcano's explosive activity.

As per  Involcan's calculations, the volcano has discharged not less than 250,000 tons of sulfur dioxide and also magmas of about 35 million cubic meters.

Also Read: Volcanic Eruption on Land May be Disastrous, But it Can Also Enrich Ocean Ecosystem

Cameras were able to catch with detail the thicker lava coming out from the main vent in larger quantities following the collapse of the surrounding cone again on Monday. Scientists were closely observing to know if the lava's downhill path will follow the former flows or if it will stretch into other regions, destroying more areas.

After meandering for 6 kilometers - almost 4 miles - the lava has been falling over to the Atlantic Ocean since the past Friday. By Tuesday, a peninsula that has been developing has stretched the island by 74 acres (30 hectares), or the equal of about 42 soccer fields.

Raúl Camacho, the tourism chief of the island said Tuesday the island is still welcoming tourists, telling visitors to keep coming in spite of the eruption since their funds are needed so the local economy will be revived. 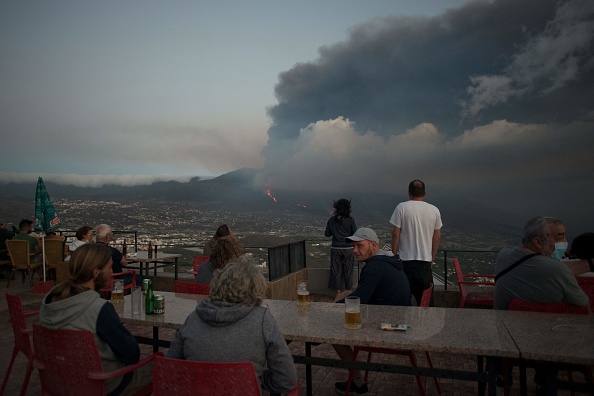 La Palma, Camacho said: "Is a safe island where there is life, where pupils go to school, where the baker keeps delivering bread every day."

In 1815, a German geologist,  Leopold von Buch paid a visit to the Canary Islands. It was as a result of his Tenerife visit, where he went to see the Las Cañadas caldera that he went to La Palma, where he visited the Taburiente caldera.

Caldera de Taburiente National Park is at the center of the island which is one of four national parks located in the Canary Islands.