Authorities announced on Monday that lava streaming from Spain's Canary Islands' first volcanic eruption in 50 years has forced the evacuation of 5,500 people and destroyed roughly 100 homes, but the streams are moving slower than expected.

A volcanic eruption on the Spanish Canary Island of La Palma sent lava shooting into the air https://t.co/zHtAdff0Js 🌋 pic.twitter.com/2iaC1PfDey

According to an authority, the molten rock flow will not reach the Atlantic Ocean on Monday evening as expected. However, experts predict that it will result in further explosions and hazardous gas clouds if and when it happens.

"Lava is moving considerably more slowly now than it was before... During the day, there hasn't been much progress, "Miguel Angel Morcuende, the local emergency coordinator, addressed a press conference on Monday evening. He estimated that the stream had reached roughly halfway to the coast. 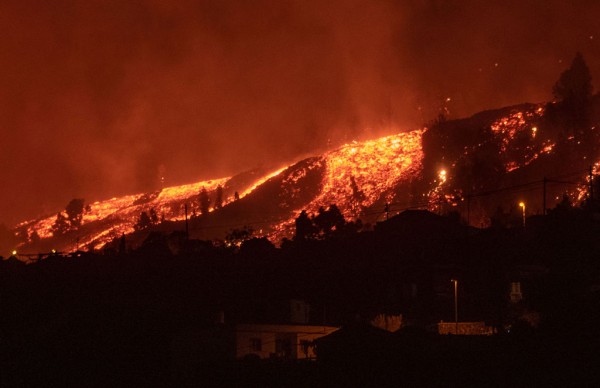 Late Monday, a new stream of lava erupted from the volcano, requiring the evacuation of inhabitants in El Paso, according to the regional emergency service.

On Sunday, the volcano erupted, throwing lava hundreds of meters into the air, consuming forests, and dumping molten rock into the sea over a sparsely populated section of La Palma, the Canaries archipelago's northwesternmost island.

Drone footage recorded two tongues of black lava ripping a catastrophic gash through the landscape as they descended the volcano's western face towards the sea, although no fatalities or injuries have been reported.

According to a Reuters witness, the torrent of molten rock slowly ripped its way into a house in Los Campitos, burning the interior and spreading flames through the windows and onto the roof.

According to regional emergency administrator Jorge Parra, around 100 residences were impacted by the volcano's eruption, who added that locals should not be concerned about their health and safety if they follow the authorities' instructions.

Officials say six routes on the island were closed.

Related Article: After Weeks of Buildup, Volcano on a Spanish Island Near Morocco Erupted

Angel Victor Torres, the regional leader, predicted that the damage would be significant. But, he continued, "It is still active and will be active for the next three days."

"It was horrific," Eva, a 53-year-old Austrian tourist, said. "We were awakened by an earthquake that began in the morning... Then, at three o'clock in the afternoon, a lady from our residence arrived and told us that we needed to pack everything and leave right away."

"We're glad to be going home now," she remarked as she boarded a flight back to the United States after cutting her stay short.

Tourism's Attempt to Mitigate the Situation

Tourism Minister Reyes Maroto described the eruption as a "great show" that would bring more people to the archipelago's tourism-dependent archipelago - statements that the opposition slammed at a time when many inhabitants have lost their homes.

Some of the tourists at the airport were not convinced by Maroto. Wienard, a 55-year-old social worker from Salzburg, stated, "We want to leave as soon as possible."

But there was one delighted guest.

Kabirly, a market researcher from Belgium, remarked, "I felt like a little child inside, very happy." "It was also my birthday just a few days ago, so it was a candle on the island cake!"

Following the eruption, about 360 visitors were evacuated from a resort in La Palma and transported by boat to the neighboring island of Tenerife early Monday, according to a representative for ferry operator Fred Olsen. Over 500 tourists were forced to abandon their lodgings. 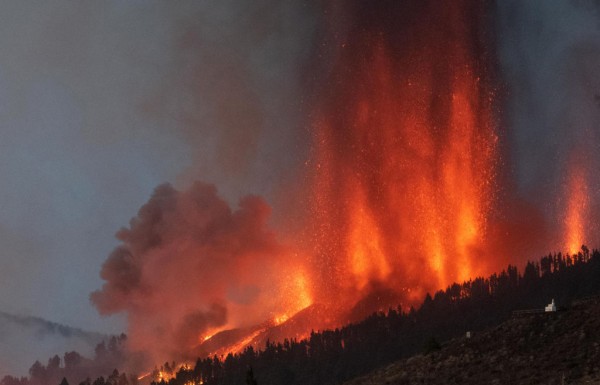 Maritime authorities halted ships to the west of the island on Monday due to limited visibility.

After thousands of earthquakes were registered in Cumbre Vieja over a week, La Palma was placed on high alert. Cumbre Vieja is part of a chain of volcanoes that last had a large eruption in 1971 and is one of the Canaries' most active volcanic zones.

On Monday, Prime Minister Pedro Sanchez paid a visit to some of the impacted districts and talked with officials, later praising the emergency personnel's response on Twitter.