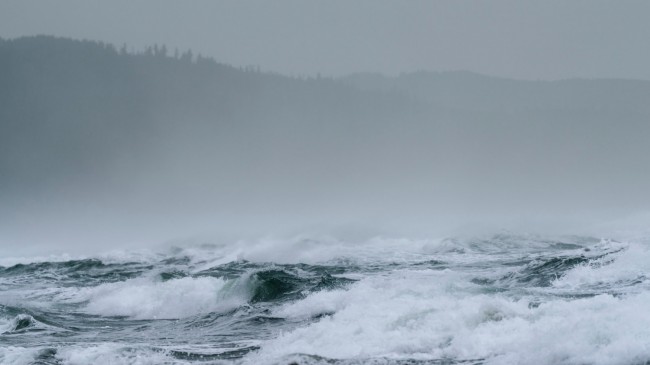 Tropical storm Nicholas which made landfall on the Texas coast in the US brings heavy rain and deadly floods, with maximum sustained winds of 75 miles (120 km) per hour.

President Joe Biden declared an emergency in Louisiana as the storm upgraded to a hurricane and caused over 500,000 power outages in Texas. In addition, the storm coming just weeks after Hurricane Ida had killed dozens from Louisiana.

Although it has now weakened, the storm is foreseen to bring further heavy rain to Texas and Louisiana, with rainfall of up to 20 inches across central to southern Louisiana, and five to 10 inches of rain across Texas coast and upper state.

"Nicholas has continued to move slowly inland and has weakened during the past few hours," the US National Hurricane Centre reported with fair warning that it could possibly bring "life-threatening flash flooding impacts, especially in highly urbanized metropolitan areas."

"We want to make sure that no one is caught off guard by this storm," Louisiana Governor John Bel Edwards told a news conference. "Drainage systems still clogged from Ida could trigger flash floods," he warns.

Louisiana had already stuggled so much from Hurricane Ida's remnants which had put more than 119,000 homes and businesses remain without power. It was indeed the fifth strongest hurricane to ever hit the US mainland. President Biden had also declared Ida as a major disaster in the state, and had released extra funds for its rescue and recovery efforts.

In Texas, Governor Greg Abbott had already declared states of emergency in 17 counties and three cities.

"Take things seriously and prepare," Mr Turner said. "This is primarily a rain event and we don't know how much rain we will be getting."

In addition to the inconveniences brought by the storm, dozens of schools across two states have been closed. Meanwhile, hundreds of flights have been either cancelled or delayed at Texas airports.

Also read: Africa's Little-Known Struggles with Climate Crisis Over the Past Months

The impact of climate change on the frequency of storms is prevalent, but still unclear. The hurricane season could mean more developing storms that could rise up to become biggest and most violent.

As sea surface temperatures increase and warm the air above, it makes more energy available for hurricanes to grow and develop. As a result, they are likely to become more intense with more extreme rainfall, thus flooding becomes common and high possibility.

The adverse effects experienced by communities are basically impacts of warming ocean. Rescue and recovery systems and efforts are not expected to be enough to save all lives and protect an entire city. Although restoration plans are exhibited, the damage done is still catastrophic.