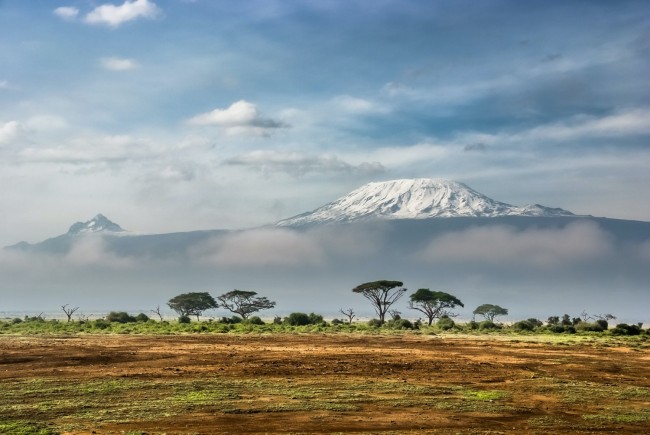 "All over the world, people know what is happening in Germany - the floods - in Italy - the hailstorm - in China - the sandstorm - but Africa gets little media attention."

These are the sentiments of Nigerian activist Oladosu Adenike about the little to none coverage on Africa's climate crisis.

"It might take weeks or months for us to get that kind of attention. And this is disproportionately affecting us because a spotlight is going to help the world know what Africa is faced with."

Ugandan activist Vanessa Nakate added that disasters do not just happen in European countries, but in all places all over the word. One among other things that swept across the African continent were floods, drought, heatwaves, fires and famine.

Just over the past months, the African country had experienced different climate crisis that drove widespread famine in the island nation. This includes deadly wildfires in Algeria, devastating flooding in Uganda and Nigeria and severe drought conditions in southern Madagascar.

So far, the only reasonable cause that explains these events can be linked to human-induced climate change, as reported by UN's climate authority. "'It is clear that the next decade is going to be pivotal to securing the future of our planet," says UK prime minister Boris Johnson.

In northern Africa and southern Europe, an extreme heatwave called "Lucifer" swept across the region, killing at least 90 people and 33 military officers. Recent reports suggest these earlier fires caused more damage to Algeria's forests than all fires from 2008 to 2020 combined.

In addition, some parts of Africa have also struggled with unusually heavy rainfall and massive flooding, destroying people's homes.

Meanwhile, other regions battle lack of rainfall, putting these areas under the grip of its worst drought.

Tackle the root cause of climate crisis

Unfortunately, some of these worst events go unreported which could be putting people in danger. Without these records, policymakers are less able to put measures in place to help people cope with the crisis.

"Humanitarian aid is good but we must have sustainable ways of dealing with the crisis."

Recent assessments also show that with additional global warming, these events are likely to increase almost everywhere in Africa.

"This is what the real consequences of climate change look like, and the people here have done nothing to deserve this," Issa Sanogo, the UN resident coordinator in Madagascar.

What activists are trying to highlight is the fact that the severity of the event is not acknowledged around the world. Dr. Harrington added that "as a rule of thumb, the impact of climate change will always be less pronounced for drought and flooding events, when compared with corresponding changes to extreme temperatures."

Activists encourage media to do more to spotlight these issues.