Zoo Atlanta in US state of Georgia had gotten several positive test results for COVID-19 among its troops of western lowland gorillas.

After recently noticing coughing, nasal discharge, and other symptoms among the animals, the Gorilla Care Team members and Veterinary teams pursued to test the animals for possible SARS-CoV-2 infection.

The gorillas tested 'presumptively positive' after testing at Athens Veterinary Diagnostic Laboratory at the University of Georgia, while still awaiting results of the confirmatory tests on samples sent to the National Veterinary Services Laboratory in Ames, Iowa. 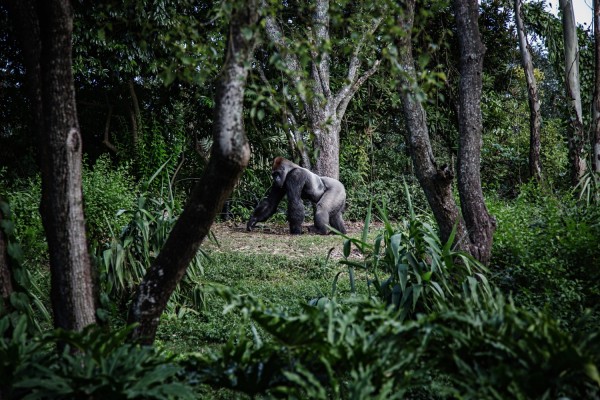 In the meantime, gorillas at risk of developing complications from SARS-CoV-2 are treated with monoclonal antibodies, while the entire gorilla population, including those without symptoms, are being regularly tested.

"The teams are very closely monitoring the affected gorillas and are hopeful they will make a complete recovery. They are receiving the best possible care," said Sam Rivera, senior director of animal health at Zoo Atlanta.

How gorillas could have acquired the virus

The zoo is not fully certain on how the virus was transmitted to the gorillas. Despite being fully vaccinated and wearing personal protective equipment, the Animal Care and Veterinary Teams believe the infections came originally from an asymptomatic, COVID-positive care team member.

Visitors do not pose a transmission threat to the gorillas or the gorillas to visitors also because of the considerably far distance.

"The teams are very closely monitoring the affected gorillas and are hopeful they will make a complete recovery. They are receiving the best possible care," said Sam Rivera, senior director of animal health at Zoo Atlanta.

Infections occurred in an area where safety protocols are most stringent

"We are very concerned that these infections occurred, especially given that our safety protocols when working with great apes and other susceptible animal species are, and throughout the pandemic have been, extremely rigorous."

The zoo had been strictly observing the use of PPE when working with great apes, masks and gloves. Modified cleaning protocols and increased ventilation in the gorilla building have also been instituted.

It was a standard practice to adhere to strict PPE protocols and social distancing guidelines among themselves, the same as what would be seen in human healthcare environments.

The Atlanta Journal-Constitution reported 13 gorillas were infected, including 60-year-old Ozzie, the oldest male gorilla in captivity, luckily with mild symptoms.

"We don't feel that we're out of the woods," Rivera added. "We're taking it on a day by day basis."

Zoo Atlanta is yet to receive the Zoetis vaccine after being recently authorized. The vaccine is made specifically for animals and had been used in other zoological organizations in North America. The gorillas are scheduled to be vaccinated once they recovered. Soon after, the zoo's orangutans, Sumatran tigers, African lions, and clouded leopard would also be inoculated.