For ages, domestic animals have been a part of human existence. They include companion animals (such as dogs, cats, guinea pigs, fish, and birds such as parrots) as well as creatures that provide humans with benefits (like cattle, goats, poultry birds, etc.). Whatever role these creatures play in our lives, they always show us their love and dedication.

Animals are very clever animals who can comprehend what we say and respond in their own unique way. Domestic animals will find a place in your house and heart whether you live on a farm in a hamlet with cattle as your companions or in a city flat. Dogs are the most devoted and loyal creatures among home pets. Like the four-year-old dog named Baekgu that saved his owner from near death when his owner collapsed in a rice field. 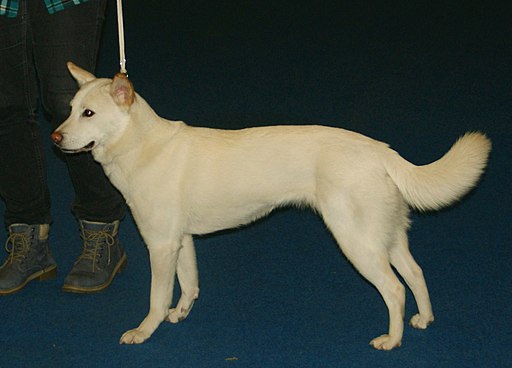 According to press announcements from the county and provincial administrations, Baekgu's owner, a dementia-stricken 90-year-old woman from Hong Seong, South Korea went missing on August 25.

Police discovered the lady, known as Kim, and her little white dog fleeing the town after reviewing security camera footage from a neighboring farm. They organized a search with the help of the fire department and local citizens who searched the area as it rained. She was eventually discovered in a rice field, around two kilometers (1.3 miles) from her home, 40 hours (about 1 and a half days) later.

She had passed out in a wet place where the rice had grown tall hiding her, leaving her drenched and unable to escape. According to a press release issued by the police on Monday, she would not have survived if it had not been for Baekgu's faithfulness

Even as the weather worsened and the night became colder, Baekgu remained by her side, keeping her temperature up even as she began to exhibit signs of hypothermia.

Officials awarded Baekgu with the task of rescuing the 90-year-old woman. The search team sent out a thermal drone, which found the little dog's thermal signature in a rice field.

According to the press statement, the woman is now healing in the hospital, and officials granted Baekgu a new title for his bravery on Monday.

Last year, the National Fire Agency issued a law allowing honorary firefighters, fire ambassadors, and rescue dogs to be appointed, making Baekgu the first honored rescue dog in the country. A floral garland was draped around Baekgu's neck at the event, which was attended by a small audience, including the province governor.

"At a difficult time, due to Covid-19, Baekgu created an unbelievable miracle and moved everyone," Gov. Yang Seung-jo said.

The daughter of the 90-year-old woman, Shim Geum-sun, said Baekgu was adopted three years ago after she was assaulted by a larger dog.

Some dogs can even detect heart attacks and alert others to save their owners' lives. Dogs are also employed as blind guide dogs, and they are the most fantastic guides a blind person could wish for. Dogs are without a doubt man's best friend.