How Bad are Generators for the Environment

In the case of gasoline and diesel generators, bad enough to seriously consider alternatives. In fact, they not only cause significant noise and air pollution, but they can also be downright deadly if used incorrectly.

Generators have become critical components in emergency inventories of businesses and private individuals alike. From power outages to coping with the aftermath of natural disasters, generators are regularly pressed into service to supply backup power.

Not to mention the convenience of having a ready power source on construction sites and remote job locations.

Convenience at what cost?

A fairly steep one, unfortunately. Fossil fuel generators are dirty and noisy. They are efficient, there's no doubting that, but they are still bad news from an environmental perspective. Which is one of the most compelling arguments for considering greener power sources such as solar generators as an alternative.

And outside of air pollution and noise, they can pose very serious health risks when they are not used properly. This is particularly relevant where gasoline and diesel generators are used in enclosed areas, even if the area is well ventilated.

Carbon monoxide (CO) is an inevitable by-product of internal combustion engines operation. And it is deadly, killing within minutes in many cases.

To illustrate this point with tragic statistics, 17 people were killed by CO emissions from portable generators after Superstorm Sandy. And CO is a silent, insidious killer. Many CO poisoning survivors state that, at the time, they were totally unaware that it was happening.

And, according to the U.S. Consumer Product Safety Commission (CPSC), CO poisoning deaths from generator emissions are on the rise. This sad state of affairs has prompted a large number of portable generator emissions standards measures to be put in place. Unfortunately, for many, they came too late.

The bottom line is never, ever use a generator in a basement, garage, or even a partially enclosed carport. You may not realize that the air quality has been compromised until you lose consciousness. In fact, don't even place the generator near clean air intake vents to the home.

Although these measures have seen CO, CO2, and NO emissions being reduced, generators are not yet clean or safe. Not by a long shot.

Are there alternatives to fueled generators?

Fortunately, there are. Unfortunately, for the most part, diesel and gasoline generation plants are the only feasible choices for many applications.

What types of generators are there?

Each one of these power generation units has distinct environmental pros and cons which we'll check out in more detail below.

As we've already mentioned, the unfortunate truth is that for large commercial and industrial installations, the diesel generator reigns supreme. Diesel fuel engines are more efficient in most respects than other internal combustion types. They are also suitable for prolonged use which makes them the obvious backup power choice for factories, hospitals, and hotels.

One of the biggest surprises with new diesel generators is the low noise levels they produce. Apart from idling where they are fairly noisy, a diesel generator can be quieter under load than a gasoline model.

The gas generator is the more common backup power choice for home, RV, or campervan owners. This is largely attributable to the wider availability and more stable pricing of gasoline over diesel. They tend to be lighter than diesel units and, if used for shorter periods, are acceptably efficient.

What they aren't however, is environmentally friendly. They produce the highest CO and CO2 emissions of all internal combustion-powered generator types. They also run at higher RPMs (± 3,000) than diesel types (±1,800) so they can be noisier than the oil-burners. In addition, gasoline is dangerous to store and is easily contaminated with a short shelf-life.

Although they are also driven by internal combustion (IC) engines, propane, and natural gas generation units are the cleanest of the family. They emit the lowest levels of CO and CO2 of all IC generator types. There is also no risk of fuel spill contamination with this type of generator. 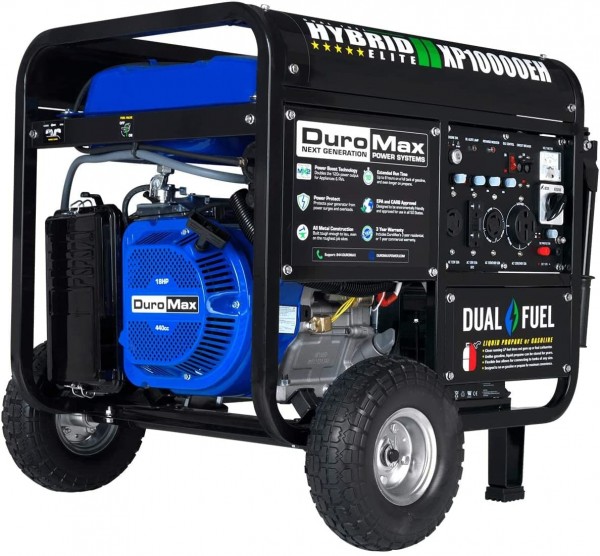 They start easily, run quieter and, if you are using propane, the fuel can be stored for extremely long periods without degrading. Their exhaust gas is also almost odorless which is another plus.

As clean as they are, propane and natural gas generator types aren't very power efficient. So you'll need a bigger generator to produce the same power as any of the other two types.

When it comes to environmentally friendly and responsible backup power options, solar is the undisputed champion. No emissions, no noise, no fuel storage issues, and, outside of the initial outlay, no running costs. Completely green, renewable energy. 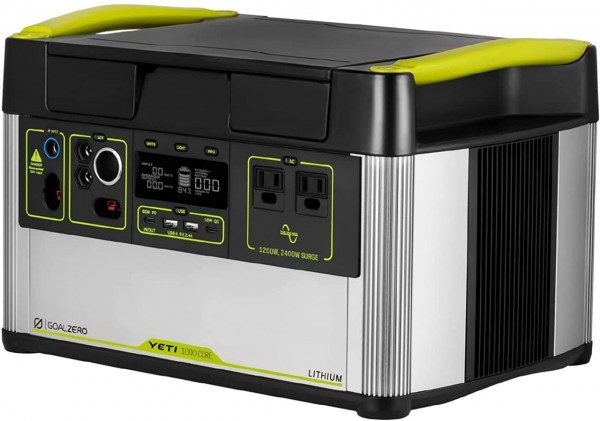 Solar generators are usually featherweights in the power output division but are far from impractical. A well-sized solar generator can power as much as the average gas or diesel model. And, if you're a handyman, you can build a DIY generator that is more functional and powerful than most store-bought examples.

The only serious downside to solar generator units is the fact that they're slaves to the weather. If you have a run of bad weather you'll need a contingency plan. In that case, a propane generator would be a good backup.

For most folks having a backup electricity supply is important. For others, it's life and death critical. Gasoline and diesel power generation will be around for a long time and has a valuable role to play.