Why Plant-Based Diet 'Fruitarianism' is Actually Harmful to Your Health

Plant-based diet and eating patterns had grown popular among consumers for quite some time now, one of them being the 'fruitarian' diet.

This form of diet is subset of dietary veganism which mainly based on consumption of raw fruit, like nuts and seeds, but without meat or animal products. However, this type of restrictive diet is not as healthy as it sounds, according to recent evidence.

Generally, plant-based diets are and should be beneficial to the human body, reducing risks of heart disease, stroke, and even helps with losing weight. However, fruitarianism, specifically, as one of the most restrictive plant-based diet choices, was found to have almost no evidence to support health benefits. 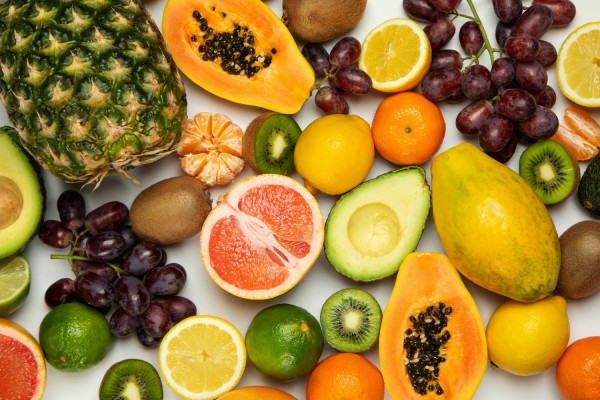 One common 'rule' in a fruitarian diet is that between 55% to 75% of the diet should consist primarily of raw fruit like apples and grapes, but nuts, seeds, oils and grains could also be considered part of it. Fruitarians may also eat what is commonly considered vegetables but are actually fruits such as tomatoes, cucumber, peppers, and avocado.

Steve Jobs, the co-founder of Apple, even experimented with fruitarian diet adhering to apples-and-carrots only diet, but registered dietitian Elisa Zied said that some health issues can come from adhering to such a limited diet.

"Although apples and carrots are healthful and provide carbohydrates, they have very little protein -- unlike fat and carbohydrates, protein can't be stored in the body, so it's important to consume enough protein rich foods each day," Zied explained on her book 'Nutrition at Your Fingertips'.

Some fruitarian-consumers follow the 80-10-10 rule: 80 percent of calories from fresh fruit and vegetables, 10 percent from protein, and 10 percent from fat, which was mistakenly based on the belief that humans are not omnivores, but 'frugivores'. This belief implies that the "human digestive system is physiologically designed to digest fruit and raw vegetables", but this has changed as humans evolve.

Following an eating habit that is largely based on fruit can cause clear and significant physical health, mainly because of nutrient deficiency, excluding essential food groups that the body needs to maintain normal health.

Consuming high levels of fructose from fruits can cause fat buildup in the liver since this sugar is metabolized solely in the liver.

Beyond that, fruitarianism or restrictive diets are also associated with an eating disorder known as orthorexia nervosa, or an 'unhealthy obsession with eating pure food only', which can also lead to depression and anxiety.

There are cases of death and significant disease caused by fruitarian style diet that has been reported including the nine-month-old girl who died underweight and malnourished after being fed only with fruit. In addition, a 49-year-old man following the same diet recently developed reversible dementia.

There is little to no evidence that such restrictive diet is beneficial to human health. As a matter of fact, this only put the body at serious risk more than being beneficial or balanced.