In the Indonesian island of Sulawesi, a group called the Toaleans has identified a 'new type of ancient human' in the form of a 7,200-year-old female skeleton 'Bessé', buried in a foetal position, partially obscured by rocks.

Christened Bessé, who only died out 1,500 years ago and most likely 17 to 18 years old at the time she died, was a rare 'genetic fossil' for international research team who found the ancient homo sapien in a cave called Leang Panninge ('Bat Cave').

However, for Toaleans - 'seafaring hunter-gatherers' who lived in South Sulawesi, world's eleventh-largest island, from 8,000 to 1,500 years ago - Bessé was the first known skeleton from an early foraging culture. Scientists had discovered that about half of her genetic makeup was similar with present-day Papuan and Indigenous Australian groups, as well as people in the Western Pacific islands, including DNA inherited from the now-extinct species of humans called Denisovans.

Today, less is known about what have become of the Toalean culture and its people. 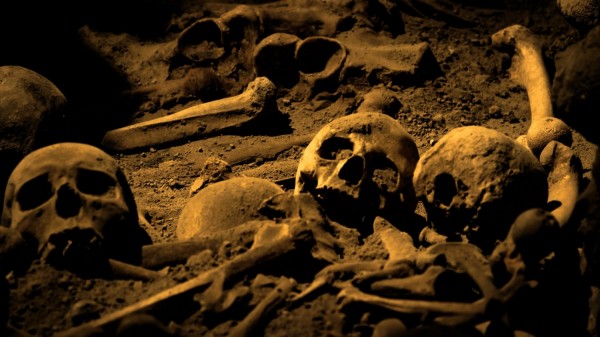 The team of researchers used radiocarbon dating to examine Bessé's DNA from the petrous bone of her skull.

"It was a major challenge, as the remains had been strongly degraded by the tropical climate," said Selina Carlhoff, doctoral candidate at the Max Planck Institute for the Science of Human History and lead author of the study.

"The Toaleans were early hunter-gatherers who lived a secluded existence in the forests of South Sulawesi from around 8,000 years ago until 1,500 years ago, hunting wild pigs and collecting edible shellfish from rivers," Professor Brumm said.

Other Toalean artifacts include characteristic stone arrowheads known as Maros points, and have only been found in one small part of Sulawesi.

"This suggests that this past culture had limited contact with other early Sulawesi communities or people in nearby islands, existing for thousands of years in isolation," said study co-author Adhi Agus Oktaviana, a researcher at Pusat Penelitian Arkeologi Nasional.

While no evidence suggests that Bessé had left descendants among today's population in Wallacea, scientists note that people living in Sulawesi today seem to largely descend from Neolithic farmers ('Austronesians') who arrived in the region from Taiwan some 3,500 years ago.

Researchers hope that their diverse population at the present could reveal evidence for the genetic legacy of Toaleans.

"The discovery of Bessé and the implications of her genetic ancestry show just how little we understand about the early human story in our region, and how much more there is left to uncover," Professor Brumm said.

Further analyses even revealed an Asian origin from Bessé's genome.

As more information were identified among ancient human DNA samples, it can be implied that "population history and genetic diversity of early humans in the region were more complex than previously supposed."

Also read: Hundreds of Manatees in Florida Are Starving to Death Due to Ecosystem Collapse