The manatee population off the coasts of Florida had been dying off at an 'unprecedented rate', and officials say this could be a result of their collapsing ecosystem.

A preliminary state data between January 1, 2021 and August 13, 2021 shows at least 912 deaths from the average 578 manatee deaths every year between 2015 and 2020. The Florida Fish and Wildlife Conservation Commission said that the manatee mortality rate was due to starvation, specifically in Florida's Indian River Lagoon, where lack of seagrass has led to malnutrition among manatees.

Official reports confirm that around 40% of them were 'severely emaciated' and below expected body weight.

The manatees were believed to have perished from an almost entirely manmade disaster; from decade-long water pollution from farming and real estate development that "pushed their ecosystem to the brink". 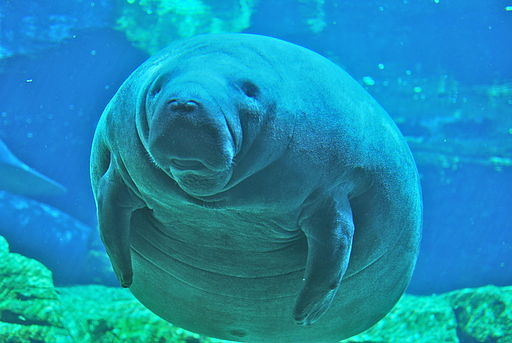 According to Mike Walsh, a co-director of aquatic animal health at the University of Florida's College of Veterinary Medicine, the Indian River Lagoon where manatees thrive "was decimated by overgrazing and algal blooms that block sunlight."

Thousands of manatees who seek shelter in the warm waters found themselves in tepid discharge of coastal power plants instead.

"When we put in power plants, we complicated the situation because we provided warm-water sources that aren't necessarily in the best places (for manatees)," said Walsh.

Manatee caretakers say that the animals suffered for months in a very inhumane way, as many lost nearly half of their weight.

"They have been eating their body from the inside, trying to stay alive because there is no food. I don't know if it hurts them because I'm not a manatee but I can tell you that if you haven't eaten for a week or two weeks, there is pain," said Jon Peterson who rescues wildlife at SeaWorld Orlando.

Some of the species' population may have survived, but their health gets poorer by the day, and will most likely affect their reproduction as well.

Manatees mainly depend on seagrass for food, but seagrass meadows in the Indian River Lagoon have been suffocated due to coastal developments and runoffs from agriculture.

"Basically all of the system has been declared impaired because the nutrient loads are too high," said Charles Jacoby, an environmental scientist at the St John's River water management district.

These nutrient loads had nourished intense algal blooms which block out sunlight and kill seagrass, ushering a devastating decade for the lagoon.

Monica Ross, a research scientist from the Clearwater Marine Aquarium Research Institute said that they are now monitoring the manatees and how to better protect them in the future winters.