For the First Time in 40 Years, Blue Whales Return to Spain's Atlantic Coast

Climate scientists fear that climate change drives marine animals back to their ancestral homes where they once got hunted almost to extinction. One of them is the blue whale population in Spain's Atlantic coast.

Blue whales, the largest mammals known to have ever existed, play a significant role in the overall health of the marine environment. After 40-year hiatus, these marine animals have finally returned to Atlantic coast of Spain, in which experts believe as a result of the growing climate crisis.

Marine biologist Bruno Díaz, who is also head of the Bottlenose Dolphin Research Institute in O Grove, Galicia, spotted the first one off the coast of Galicia in north-west Spain in 2017, which is also believed to be out of a form of homesickness, or ancestral memory.

On the following year of 2018, and then in 2020, two whales were seen in the area just after a different one was spotted off Islas Cíes, near O Grove a week ago.

While it is not quite clear for Díaz how the climate crisis led the creatures to change their habits and return to an area where their population once rapidly decreased, other factors could play a role. 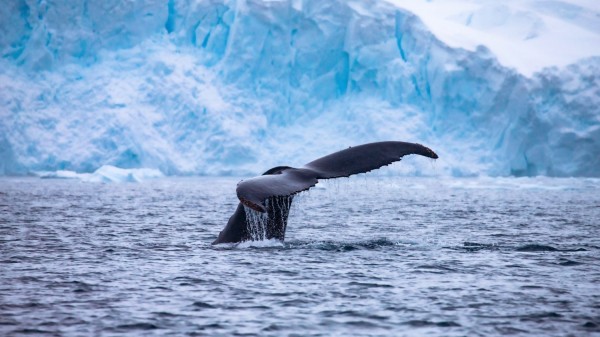 "I believe the moratorium on whaling has been a key factor," Diaz said. "In the 1970s, just before the ban was introduced, an entire generation of blue whales disappeared. Now, more than 40 years later, we're seeing the return of the descendants of the few that survived."

A centuries-old whaling industry and a dozen whaling ports used to thrive in Galicia. It was not until 1986 that Spain banned whaling. By the time the ban was implemented, the blue whales were all but extinct in the region.

To some, the blue whales return could spark some joy, but others fear it is linked to climate crisis in the region.

"I'm pessimistic because there's a high possibility that climate change is having a major impact on the blue whale's habitat," says Alfredo López, a marine biologist at a Galician NGO that studies marine mammals.

"Firstly, because they never venture south of the equator, and if global warming pushes this line north, their habitat will be reduced. And secondly, if it means the food they normally eat is disappearing, then what we're seeing is dramatic and not something to celebrate."

Other Driving Factors of the Migration

Diaz also thinks the creatures may have returned to Galicia out of a form of homesickness, or ancestral memory.

"In recent years it's been discovered that the blue whale's migration is driven by memory, not by environmental conditions," he said. "This year there hasn't been a notable increase in plankton, but here they are. Experiences are retained in the collective memory and drive the species to return."

According to studies, some mammals or species have this type of folk memory, or cultural knowledge that they use as a key to their survival.