Cane toads in Australia are considered as effective means for pest control since 1935. Previously native to South America, the population of cane toads has thrived in Australia, adapting to certain conditions despite the warming planet.

Researchers from University of Sydney wanted to find how invasive cane toad tadpoles survive from native predators and new environment. While previous study has shown that these invasive species produce toxins from their skin when attacked, new research later found that they also consume the hatchlings of native toad species for competition.

In an effort to learn more about this type of adaptability, researchers dig in depth and did series of tests to know if the invasive cane toads' cannibalism is a 'tactic' to help them survive in their new environment, or something they naturally do in their ancestral land. 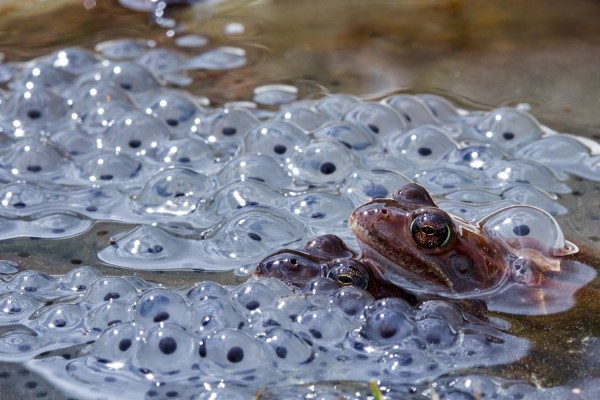 (Photo by Dorothea OLDANI on Unsplash)

The findings from tests suggest that the invasive tadpoles have developed an 'aggressive tendency' to consume native rival species, and developed more rapidly than native tadpoles, making it easy for them to predate on native hatchlings.

When immobile hatchlings emerge from the protective egg capsule, tadpoles consume the eggs that are laid in their pond, and in their prefeeding hatchling stage. Cannibalism is considered as the primary source of mortality in Australian ponds, reducing the survival of newly laid clutches by >99%, and rates are high in invasive populations.

Moreover, the result implies that cane toads have developed cannibalism to 'improve chances of survival in a new environment'.

Adaptations of invasive species to their introduced habitats

Many species develop and rapidly evolve their response to certain environmental conditions and changes in their habitat.

Cannibalism, among others, may represent natural diet extension for predatory species. Basically, cannibalistic behaviors could indicate an adaptive strategy in a habitat with limited resources, as it provides both food resources and reduces competition. Although understanding the significance of this evolutionary process lacks evidence from natural populations.

Invasive cane toads are abundant in Australia, with 10 times greater density than those in their native South American range. This demonstrates how driving conflict and selective pressure can facilitate adaptation and evolutionary processes as regulation of invasive species in new areas.