Texas officials had grown wide concern about the spiraling cases of disease outbreak among animal population in the state that are said to have been caused by a 'brain-eating disease', due to neurological illness it brings to North American cervids, members of the deer family.

This fatal nervous system disease is more scientifically known as chronic wasting disease (CWD), which is much more common in deer but is also found in moose and elk.

The disease belongs to a group of diseases known as Transmissible Spongiform Encephalopathies (TSEs), and first discovered in 1967. Since then, CWD had spread geographically but "increased in prevalence locally".

According to wildlife officials, the outbreak has recently worsened with cases reaching at least 30 positive cases in white-tailed deer at six Texas deer breeding facilities. The Houston Chronicle says epidemiological investigation is ongoing. 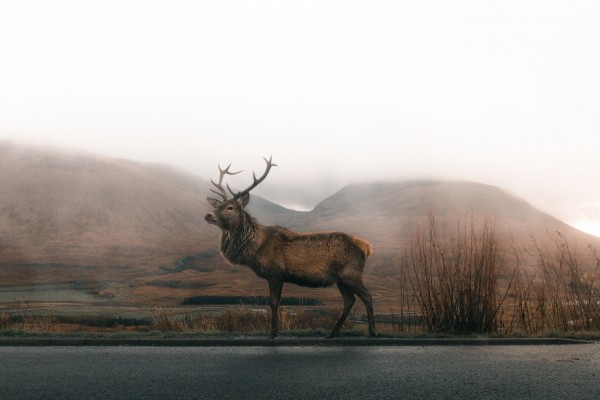 No treatments or vaccines are currently available for CWD disease. The Centers for Disease Control and Prevention (CDC) states that it's "a progressive, fatal disease that affects the brain, spinal cord, and many other tissues of farmed and free-ranging deer, elk, and moose." They also noted that the disease is fatal for animals and has an incubation period of approximately one year where clear neurological signs may develop slowly.

According to the CDC, "The infection is believed to be caused by abnormal proteins called prions, which are thought to cause damage to other normal prion proteins that can be found in tissues throughout the body but most often in the brain and spinal cord, leading to brain damage and development of prion diseases."

Scientists believe that the disease can be transmitted between animals "through contact with contaminated body fluids and tissue or indirectly through exposure to CWD in the environment, such as in drinking water or food."

CWD mainly affects the central nervous system of Cervids and has an extremely high fatality rate in animals.

Why does it matter?

The emergence of chronic wasting disease among Texan deer could destroy the deer breeding industry that contributes over $1.6 billion to the state's economy annually. Given that there are several million hunters throughout the state, local hunters who hunt deer for food in the wild would have less chance due to the growing disease.

While there is currently no direct evidence and confirmed cases that CWD has ever been transmitted to humans, some research shows that it can be transmitted to primates like monkeys by feeding them meat or brain tissue from deer and elk infected with CWD. In the worst-case scenario, the disease can potentially pose a risk for people if the disease-carrying animals ever enter the human food chain.

CDC advised caution when consuming meat from animals harvested from areas where CWD has been found.